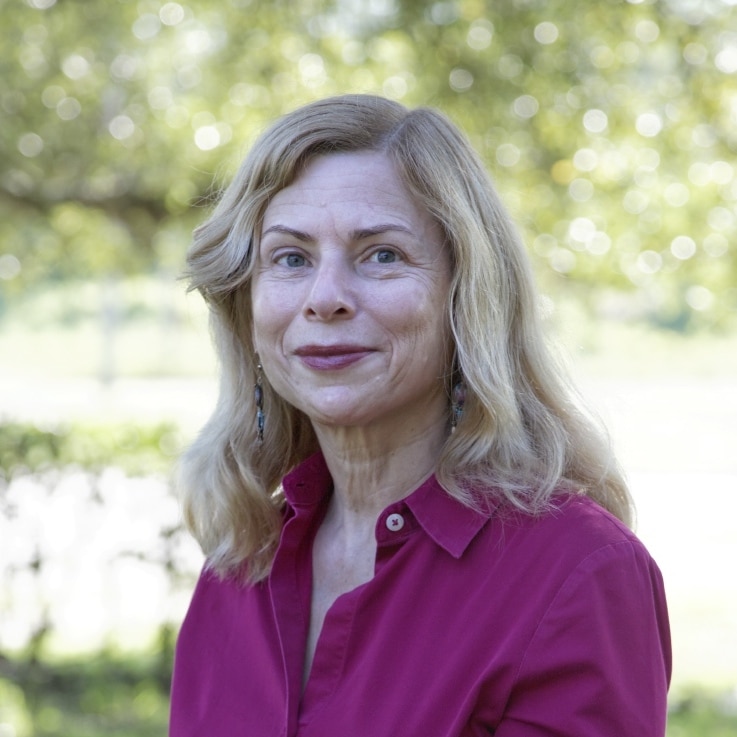 This former New York State judge moved from the courtroom to Florida’s growing fields, bringing human rights and economic justice to over 30,000 farmworkers.

By age 15, Laura Safer had already set her sights on the law. “I came of age during the civil rights movement, when court battles were fought for human rights. I wanted to be part of that.” She became a Legal Services attorney, representing poor tenants, the disabled and the elderly. When Reagan budget cuts devastated that agency, effectively eroding hard-won rights, Safer Espinoza had to find another path. “Our staff was down to one attorney for hundreds of cases, and I found myself calling law firms begging them to help pro-bono. Clients would call to say they had no food and were about to be evicted. It was shameful.”

Safer Espinoza left Legal Services to become law secretary to a State Supreme Court Justice, but she continued to represent tenants, immigrants and others in need, on a pro bono basis. Members of the community she had long represented urged her to run for judicial office. At one screening panel, local power brokers who controlled the nominations asked how she “proposed to control the courtroom as a rather diminutive woman.” (Safer Espinoza is five feet tall.) “My blood pressure went up and I thought, Game on! I accepted that challenge.”

At 38, Safer Espinoza became one of the state’s youngest judges. Eventually frustrated by the limits of the court system and seeking more holistic solutions, she helped to create the Bronx Treatment Court, a non-adversarial alternative to incarceration for cases rooted in substance abuse. “I had one assistant, a cramped basement courtroom, and a shoestring budget,” she recalls. Her approach “wasn’t popular in some circles,” Safer Espinoza says, especially in a political climate that favored harsh, three-strikes sentencing, but has since become a national model.

In 2010, after 20 years on the bench, Safer Espinoza stepped down, to follow her husband’s dream of life in sunny Florida. They had just settled into their Ft. Myers home when she learned that federal prosecutors had labeled Southwest Florida “ground zero for modern day slavery.” High-profile cases between 1997 and 2010 involved 1,200 agricultural workers held in conditions of forced labor. “I began to research and read about abuses in the fields; those links led me to the Coalition of Immokalee Workers (CIW),” a legendary workers-rights group.

“Farmworkers’ lives hadn’t fundamentally changed since the 1960 documentary Harvest of Shame, some of which was filmed in Immokalee, about an hour’s drive from our home.” What’s more, Safer Espinoza realized, the conditions that prevailed a half-century earlier still existed. “Farmworkers were regularly subjected to wage theft, physical and verbal abuse, sexual assault and safety violations, including pesticide exposure” – all within an easy drive of her comfortable home, a dichotomy that challenged Safer Espinoza’s sense of justice.

In the post-Civil Rights era, field work is often done by immigrants from Mexico, Guatemala and Haiti. Jon Esformes, CEO of Pacific Tomato Growers notes, “These workers come from countries where corruption is part of the problem. They do not trust authority, for fear of retaliation.”

The CIW had managed to build two legs of a three-legged stool, according to the leaders of its Fair Food Program, through a series of agreements the Coalition had won. Buyers like Whole Foods, Walmart and YUM Brands commit to pay an extra penny per pound for produce and to purchase only from growers who enforce a human-rights-based Code of Conduct.

Agreements are one thing; enforcement is another. “The remaining third leg was to develop an independent organization that could work with groups historically in conflict,” said Sean Sellers, FFSC co-founder and senior investigator. Credibility, diplomacy and confidentiality were essential, but qualified leadership was scarce – until Safer Espinoza wrote to CIW in October 2011.

“I knew the Florida Tomato Growers Exchange, with growers that employed 30,000 workers, had recently joined the program, so I sent CIW a short email, offering to help out,” said Safer Espinoza.

“I shared my background and offered to stuff envelopes or do anything needed. I wasn’t looking for a job – I didn’t even have a resume.”

CIW leaders, scenting a singular opportunity, invited her to lunch. The Fair Food Standards Council and its complaint hotline were going live on November 1, 2011, they said; they needed a director and she was a perfect match.

“As a result of my attempt to volunteer I found myself across a table from people who informed me that my entire legal career had actually been destined for this one moment,” Safer Espinoza says. “The founders of CIW were an irresistible force.” She accepted their offer and began work the day the hotline went live.

One of her first cases involved sexual assault by a supervisor. “I led the investigation, and the supervisor was fired,” Safer Espinoza says. The victim and her fiancé, vindicated, later asked her to officiate their marriage. (Their healthy baby boy was born May 20, 2015.) Beyond the happy ending, Safer Espinoza saw the case as a metaphor and a promise: “Workers gain confidence that reforms will be enforced, because a strong mechanism is in place.”

Others soon felt the benefits of FFSC protections. “I have worked in these fields all my life,” said one longtime farmworker. “I have seen boys turn into men before their time, in the tomato rows. Now, we are no longer treated like animals.” Another worker who had experienced sexual assault said, “When we work on Fair Food farms, we go home to our children, knowing we do not have to leave our dignity in the fields.”

“We know the system must change to improve the lives of individual workers, their children and their families.” Pacific Tomato Growers CEO Esformes said. “Laura is using systems to save people. I’ve never met anyone like her. She has the ability to see the people, not the system.”

Four growing seasons in, conditions on FFSC farms have improved dramatically. Workers have earned over $20 million in “pennies.” In 2014 and 2015, there were no cases of forced labor, sexual assault or violence on FFSC farms. Growers – even those who were initially resistant – work with FFSC to enforce the agreements. The hotline has logged its 1100th call. But more work awaits: Safer Espinoza says that in 2015, FFSC will expand to six new states and new crops. She is both leader and soldier: “This is visionary work,” she says. “I am honored to be a part of it.”

Robert Shull, Program Officer for Workers Rights at the Public Welfare Foundation, describes a dramatic shift during Safer Espinoza’s tenure: Prior years’ pitched battles have become collaborative negotiations; not only are workers’ conditions in the fields vastly improved, but worker-led education helps people understand their rights and learn how to monitor and report on working conditions. Safer Espinoza is nurturing more than farmworkers: “She’s been able to hire young attorneys and other investigators who get an incredible opportunity to do human rights monitoring – Laura trains and supervises them, hoping to shape their careers,” Shull says.

The net result has been a transformation in the relationships – between corporate purchasers, growers and workers – and the development of a collaborative, non-adversarial model that is portable, replicable and transferable to different settings. An emerging campaign targeting better working conditions for dairy workers is also underway, Shull says. The Fair Food Program has provided consultation and training for them, as well as for construction workers in Austin, Texas. Overseas, a recent accord in Bangladesh gives textile workers an extra dime per garment – analogous to FFSC’s penny-per-pound grower’s premium. “When you transform relationships like that, you open the door to even more change.”

Her grit has helped to transform thousands of farmworkers’ lives. In April 2014, The New York Times wrote that Florida went from one of the worst states for farmworkers to one of the best and now stands as a model for workers’ rights.

But Safer Espinoza doesn’t break stride for accolades – or even a Presidential medal, awarded to CIW by Sec. of State John Kerry in recognition of its anti-trafficking work. “I have been proud to speak about the Fair Food Program’s important work in venues from the U.N. to the White House. But farmworkers also need us to fix their problems with that supervisor, make sure the shade is out there, and ensure that they are treated fairly every day,” Safer Espinoza says. “Enforcement of the program’s guarantees for the men and women who harvest the food we eat is my number one priority.”

“We still get heartrending calls from workers outside the program’s protections. There is much to do! I wake up excited to start the day, and stop reluctantly in the late night hours. How many times in a lifetime is one privileged to be part of such dramatic and meaningful change?”