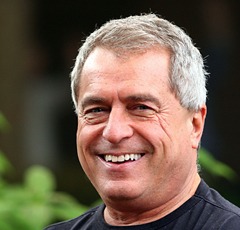 Hochendoner has transformed The Philadelphia AIDS Consortium, a nonprofit that specializes in HIV/AIDS testing and care, into a global enterprise bringing knowledge to populations that are disenfranchised, underrepresented and hardest hit by HIV/AIDS.

Through the consortium, for which Hochendoner served as executive director, Hochendoner co-founded World Health Care Infrastructures (WHCI) in 2007. That program has developed a curriculum and certification to train community members as HIV/AIDS counselors.

In recent years, HIV/AIDS rapid testing diagnostics and technologies have cut the waiting period for results from several days (or weeks) to 20 minutes. In the roughly 20 minutes before a test is administered and during the twenty 20 minutes until the results are given, clients receive counseling about reducing their risk of contracting HIV. If they have the virus, they receive further counseling.

Through this program, all clients receive their results, compared with 40 percent who undergo traditional testing. There are no intermediaries; WHCI works directly with agencies and providers of service in and from affected areas, including Chile and Angola. Through Hochendoner’s work, thousands of people in the United States and abroad have learned their HIV status and have received counseling on next steps.

“HIV/AIDS is not simply a medical condition, one that can be diagnosed and treated as a disease,” Hochendoner says. “It is rooted in ignorance and stigma met with fierce prejudice and intolerance and spreads in the most vulnerable and indigent communities of women and children.”