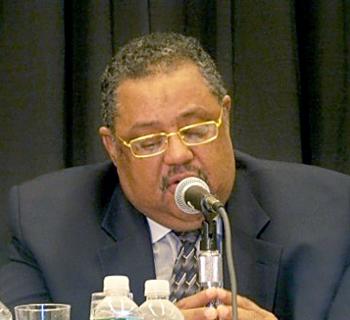 Founder/CEO
Reaching Out to Others Together
Purpose Prize Fellow 2009

Since his son was shot to death, Barnes has developed proactive programs to understand and curb gun and youth violence.

Life changed for Barnes on Sept. 24, 2001. While working toward his doctoral degree in clinical psychology at Loyola College in Maryland, tragedy of the worst kind struck. His son, Kenneth Barnes Jr., 37, was murdered — shot during a robbery. Through his anguish, the senior Barnes founded Reaching Out to Others Together Inc., or ROOT, a nonprofit that mobilizes communities to reduce homicides resulting from gun and youth violence. Now 64, Barnes uses his research and advocacy skills in numerous ways. His research on youth in grades 5 through 12 found that in some school districts as many as 90 percent of students had been affected by the loss of a family member or friend to gun violence. In 2009, Barnes was involved in a nationwide organizing campaign for the Communities in Action Neighborhood Defense and Opportunity Act, which called for funding gun violence prevention efforts in pilot cities across the country. In 2011, President Obama granted Barnes a President’s Volunteer Service Award for Barnes’ commitment to volunteerism.To Barnes, a worthy goal after suffering tragedy is “to be able to delve deep inside of oneself and make something positive out of something so terribly negative.”