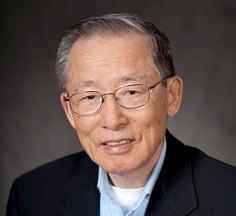 For more than 50 years, a heavily guarded Demilitarized Zone (DMZ) 155 miles long and 2.4 miles wide has separated North Korea and South Korea. For nearly as long, insect taxonomist and forensic entomologist Ke Chung Kim has dreamed of a united Korea.

During a sabbatical from Penn State at Seoul National University during 1993-1994, Kim was alarmed by the rapid loss of Korea’s biodiversity, which he documented with native scholars and scientists in an unprecedented 1,500-page report. He also identified one place where the natural world was thriving: the DMZ. Hundreds of rare and endangered flora and fauna have rebounded in the corridor where no people have set foot since 1953.

In 1997, Kim created The DMZ Forum, a nonprofit dedicated to preserving the DMZ’s ecosystems for biodiversity conservation – and peace. In the past five years, he has led an international team of conservationists, political experts and scientists working to transform the DMZ into a unique nature preserve with some sections as diverse “peace parks” spanning both sides of the demarcation line – and unifying a divided Korea.

“The preservation of the DMZ and pan-Korean nature conservation could deliver a critical alternative to make the Korean peninsula nuclear-free and economically sustainable for all Koreans,” he says.

Kim has gained momentum and supporters. Among them: former president of South Africa Nelson Mandela; biologist E.O. Wilson; Kofi Annan, the former United Nations secretary general; South Korea’s largest environmental group; and CNN founder Ted Turner. Kim has successfully reached out to both North and South Korea officials for joint conservation projects in or near the DMZ. South Korea formally accepted the concept into its national agenda in 2008; Kim and his colleagues aim to persuade North and South Korea to file a joint application to the United Nations Educational, Scientific and Cultural Organization for the DMZ to be designated a World Heritage Site.