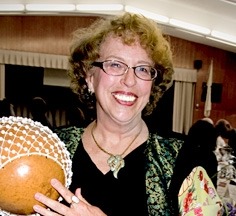 Taylor trains medical personnel in developing countries to screen for and prevent cervical cancer, a leading killer of women.

Kathleen Taylor, a doctor of obstetrics and gynecology who practiced in California, was motivated to join her first medical mission to a developing country in 2003 after two medical scares: her own emergency cardiac surgery at age 56 and just two years later the near death of her 39-year-old son from an aneurysm. Life, Taylor realized, is precious, and it spurred her to live to the fullest.

That first medical mission, in northern Honduras, opened her eyes to the devastation cervical cancer causes in developing countries, where it kills 300,000 women every year, more than any other form of cancer. Yet, it is preventable. Taylor retired early in 2005 to do something about it. With Patricia Sax, Taylor co-founded Prevention International: No Cervical Cancer, which establishes cervical cancer prevention and treatment programs in poor areas worldwide.

Targeting under-resourced rural communities with little or no access to medical care, today the organization trains medical personnel to screen for and treat human papillomavirus (which causes 99 percent of cervical cancer cases), and equips facilities with low-cost, accessible technologies in seven countries on three continents.

When family and friends ask Taylor why she’s trekking in rural areas in developing countries after her triple bypass surgery, Taylor says, “I’d rather drop down dead there than sit in a rocking chair here.”