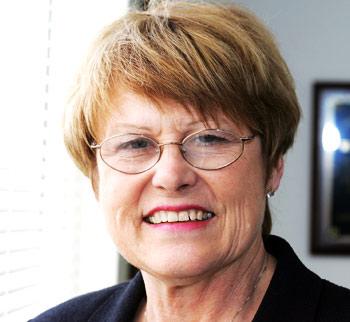 Over the two decades that June Simmons worked as a social worker and hospital administrator, she saw a lot that’s right about health care – and a lot that isn’t.

Over the two decades that June Simmons worked as a social worker and administrator at Huntington Hospital in Pasadena, California, she saw a lot that’s right about health care — and a lot that isn’t.

Frustrated by the immorality and inefficiency of the system, she established the nonprofit Partners in Care Foundation in 1998 to devise innovative approaches to health care delivery. A high-quality, cost-saving program to provide home care for dying patients was adopted throughout the Kaiser Permanente system. The Foundation has also worked in partnership with other organizations to train more social workers to work with the elderly, place retired doctors and nurses in existing clinics to treat the uninsured, and adapt a medications management program that reduces life-threatening errors, just to name a few examples. Under Simmons’ management, Partners in Care has grown tenfold in eight years.

“Relative to other countries, we spend huge amounts of money on health care, but our outcomes rank 37th in the world,” Simmons explains. “We won’t spend money helping you avoid a stroke or a fall or complications from diabetes. We’ll wait until you’re almost dead, then we’ll pay for care.”

Eight years ago, Simmons’ frustration and anguish pushed her, at age 55, to establish the Partners in Care Foundation, a nonprofit organization committed to devising innovative approaches to health care delivery. Its credo is “changing the shape of health care,” and its goal is framed in a way that speaks to the system’s contradictions: To provide higher quality care at equal or lower cost.

Partners in Care is currently working with over two dozen local universities, hospitals, social service agencies, and public organizations on more than 46 projects that tackle everything from helping older adults manage complicated medication regimens to getting health care to the working poor. The foundation looks for health care system failures that affect a lot of people and can be corrected with incremental, common-sense changes. The result is a mix of research, development, and an effort to expand the application of effective approaches to a broader population.

“The reality is that we’re not going to be able to ask the government for a whole new health care system,” Simmons says, “so our idea is to redirect the money that’s already there.”

The following are a few of the problems Simmons has tackled — and the innovative solutions she’s devised through building community partnerships:

Problem: America is aging, but not nearly enough social workers are versed in dealing with the problems of the elderly.

Solution: Simmons convinced the deans of the four schools of social work in California to join forces and start the Geriatric Social Work Education Consortium, the nation’s first major regional consortium designed to provide new graduate level courses and field work for social workers who focus on the elderly.

Solution: Simmons helped create the Access to Care Collaborative, recruiting retired doctors and nurses to serve uninsured patients in existing clinics. Every major hospital in the Valley has joined the network, more than 800 patients have been served, and additional satellite clinics are planned.

Problem: Medication errors are the fifth leading cause of death among the Medicare population, costing the country nearly $200 billion a year.

Solution: Simmons led development of a medications management program to reduce these errors by improving communication between previously unconnected healthcare professionals. Adapting a successful pilot developed with Vanderbilt University for use at community-based senior care sites, care managers identify “at-risk” elderly patients — for example those who have either experienced a recent fall or who are taking six or more medications – and then conduct a medication assessment by entering those being taken into a computer database. New software will analyze the data and identify potential problems. A pharmacist will then review the medication regimen and consult with staff to develop a care plan. The program is currently being piloted among low-income seniors at three California sites.

Problem: Patients with long-term, incurable conditions too often die in the ICU, often in pain and always at great cost.

Solution: Simmons partnered with Kaiser Permanente to help test the Palliative Care Program, which provides hospice-like care without the restrictive requirements of hospice programs that require a six-month prognosis as well as a discontinuation of curative care. Simmons raised money for a trial program to test the efficacy of home care, then to expand the trials to Kaiser hospitals in Colorado and Hawaii. An evaluation of the program showed that care costs dropped a shocking 35 percent — and patients and their families were deeply pleased with the change.

The Palliative Care Program model ultimately was adopted throughout the Kaiser system and, Simmons says, “We’re now working with a large physician group that cares for 500,000 patients and a health plan with three major hospitals trying to find a model for the world outside Kaiser.”

And that, she notes, is the core Partners strategy: find a new concept, develop it, test it, and spread it far and wide. “We’re now considering new ways to deal with asthma, diabetes, physical activity programs for kids in and after school, and school food programs,” she says.

Under Simmons’ management, Partners in Care has grown tenfold in eight years, expanding its professional and support staff to almost 100 and its budget to just over $8 million a year.

Apolitical, naïve, a small town girl who “didn’t understand the world and its nature,” Simmons was galvanized in 1970 as her then-employer, the YWCA, struggled to pass “The One Imperative,” a resolution aimed at eliminating institutional racism.

“There was an awesome national convention with people debating policy,” she remembers. “It gave me a feeling that you could change things – and that you should.” At the encouragement of colleagues she got a Master’s in Social Work at USC and was hired to start a social work department for Huntington Hospital. “I was interested in how you make change in ordinary groups of people,” she says.

Twenty years made Simmons well known in the Southern California social services world. “She was a real visionary in terms of sensing what the next need and next step might be,” says Sandra King, former director of Jewish Family Services of Los Angeles. But Simmons says she learned that “changing the system is very hard to do from the inside.”

In 1993, she became chief operating officer for the Visiting Nurse Association of Los Angeles (VNA), a large nonprofit home health and hospice agency started in 1927. But VNA, which had 2,500 employees and on any given day cared for 5,000 sick and fragile patients, was starving for capital. In 1997, it collapsed and was sold to a for-profit firm.

Afterwards, unemployed and with no interest in “running another beleaguered agency,” Simmons took a gamble. VNA was gone, but it left behind a nonprofit structure that was still administering some grants. “I had a year of severance pay coming, and I went to the chairman of the foundation board and said, ‘Give me that time with the foundation. If I’m not successful, you don’t have to pay me.'” In 1998, Partners in Care was born out of the VNA ashes; Simmons was its CEO.

“There are a lot of competent and effective CEOs of social work agencies,” says Sandra King. “What’s made June stand out is that she’s been able to make things happen in remarkable ways.”

These days, Simmons says she has no intention of slowing down.

“What drives me?” she asks. “The knowledge that things could be better. I love doing this. I was born to do it.”

2015 Update: Since receiving the Prize in 2006, June Simmons continues to work on forming collaborations with other key leaders, including the Los Angeles Alliance for Community Health and Aging, a new public health partnership designed to disseminate evidence-based intervention and education programs for diverse populations. In 2015, Simmons joined the National Advisory Council of the National Institute of Aging (NIA) and the Institute of Medicine (IOM) Committee on Transforming End-of-Life Care. Partners in Care Foundation’s programs, communications (website and social media) and staff continue to expand.