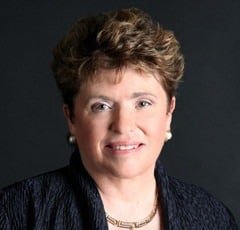 Engel has created “trust networks” made up of partner organizations, police and public officials in Russia to rescue teenage girls from being sold into prostitution.

In 1999, Juliette Engel co-founded the Angel Coalition, a consortium of nongovernmental organizations from across Russia working together to address widespread sex trafficking – or forced prostitution – of Russian women, especially teenage girls from orphanages.

Engel, an American physician, had been working in Russia for eight years helping to restructure childbirth practices when she discovered the underground world of sex trafficking. In response, she formed the Angel Coalition. The organization created “trust networks” based on family ties or longstanding friendships.

The effort resulted in a wide alliance of police, prosecutors, judges, journalists and government officials committed to helping victims. The coalition also launched a public education campaign to reveal the atrocities of sex trafficking. By 2002, 120 organizations had joined the coalition, spreading into Asia. The organization set up a toll-free, Russian-language hotline to receive calls from the United States, Europe, the Middle East and the former Soviet Union, taking calls from trafficking victims, families, friends, police, doctors and others.

The Angel Coalition coordinates the rescue and return of survivors. In the face of death threats, Engel was forced to leave her position and return to the United States. Now she is embarking on a new career as an author, using the funds from her book to support the work of the Angel Coalition.

She says, “I will mold my experiences of human rights work in Russia into compelling stories that serve to inspire others to take up socially relevant work and protect the most vulnerable among us.”