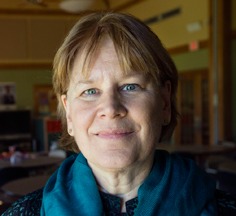 A news story about a 5-month-old boy living in foster care who’d been kidnapped right out of his crib – never to be found – shook Judy Cockerton.

She thought about all the other kids in foster care, the ones no one hears about until something awful happens.

Soon after, Cockerton called a family meeting with her husband, son and daughter, then 18 and 12 years old, and together they talked about how they could help. Within months, in 1999, they became a foster family to two sisters, ages 5 months and 17 months. Eventually they adopted the younger girl.

But Cockerton, in her late 40s then, still didn’t think she’d done enough.

In learning more about the foster care system, she was particularly struck by the grim data compiled by the advocacy group Fostering Connections Resource Center: Each year, of the 30,000 foster kids in the United States who become adults without landing in permanent homes, one in four are incarcerated within two years of leaving the system; more than one-fifth become homeless; and fewer than 3 percent earn college degrees.

“It was so dismal,” Cockerton recalls. “These children had social workers and professionals advocating for them. But I didn’t see a lot of regular folks out there in the world saying these children placed in the public foster system are worthy of our investment and our attention.”

She had a theory: “Americans think there are only two ways they can support a child placed in the public foster care system: You either step up and become a foster parent or adopt a child from foster care, and that’s too much to ask of most people.”

That realization inspired Cockerton to found the Treehouse Foundation. The foundation’s goal: to create opportunities for people to support foster care kids even if they don’t have the capacity to foster or adopt them. A former teacher who became owner of two Boston-area toy stores, Cockerton sold the successful chain in 2001 at age 51 to devote herself to the foundation full time.

Wanting to create a nurturing, permanent community for foster kids, Cockerton brought together the foundation, a private housing developer and a local children’s services agency. Within three years they created multigenerational, mixed-income housing in Easthampton, Mass.

Named Treehouse at Easthampton Meadow, the housing community looks like a typical small-town cul-de-sac: retirees walking dogs, kids on bikes, families hanging out on their front porches. There are 60 rental homes – 12 townhouses for families who have adopted or are planning to adopt foster children and 48 cottages for people age 55 and older committed to supporting the families as “honorary grandparents.”

A well-used community center provides space for everything from support groups and committee meetings to movie nights and potlucks. A team of on-site social workers, property managers and Treehouse Foundation staff provide an additional network of resources for the community.

The Treehouse Foundation has created innovative programming for the community with partners in the region, including arts organizations, social services agencies and even the local rowing club – all opportunities for everyday citizens to engage with and support some of the region’s most vulnerable children.

Since its creation in 2006, Treehouse at Easthampton Meadow has been a permanent home for roughly 50 former foster kids.

Treehouse resident Carmen Hickley, 51, is a single mom with seven kids: three biological children and four kids adopted out of the foster care system. They range in age from 15 to 31.

“Everyone at Treehouse knows each other. We consider each other family,” says Hickley, who has lived in the community for six years. “There’s nothing that I wouldn’t do for them or that they wouldn’t do for me.”

Holly Handfield, who is in her mid-60s and has lived in the community for four years, agrees: “Treehouse is like a small town where you know your neighbors and people help each other out, especially the kids. And now we’re seeing these kids grow into such wonderful young adults.”

In part because of such resident satisfaction, the Rudd Adoption Research Program at the University of Massachusetts-Amherst has identified Treehouse at Easthampton Meadow as an effective model. The school is researching the experiences of community members, aiming to devise a strategy to replicate the formula across the country. There is already a Treehouse-inspired community in Oregon and one in the works in Arizona – both projects of independent nonprofits.

Through her nonprofit work, Cockerton has inspired more than 600 people to help foster children in Massachusetts. Volunteers serve as mentors, tutors and camp counselors. They teach foster kids how to read, plant gardens and ride horses. They take them for nature walks and trips to the playground. They enrich the lives of children who crave healthy connections to caring adults.

In 2010, Cockerton was awarded the Congressional Coalition on Adoption Institute’s Angel in Adoption award by Sen. John Kerry of Massachusetts. The award recognizes people and organizations that have made extraordinary contributions on behalf of children in need of homes.

That same year, Cockerton launched The Re-Envisioning Foster Care in America Initiative, to bring together diverse stakeholders in Massachusetts – from social workers to state officials, families to philanthropists – to think creatively about how to change the foster care system, in part by developing programs that communities across the country can replicate.

“Bringing together stakeholders from various public and private child welfare agencies … to rethink what it would take to serve these kids in a more humane, engaged and respectful way is a huge step in the right direction,” says Sarah Greenblatt, senior associate director at the Jim Casey Youth Opportunities Initiative, who consulted with Cockerton on the Treehouse Foundation’s strategic plan. “Judy has a way of piquing people’s interest enough to get them to the table. And she doesn’t take no for an answer.”

Cockerton is the first to admit that there are a lot of foster care experts who know more than she does. Her talent lies in bringing them together to work on new solutions to long-entrenched problems.

“Judy is an astoundingly effective collaborator,” says Harold Grotevant, who leads the Rudd Adoption Research Program. “It’s all because of Judy’s leadership that this atmosphere and collaboration can thrive.”

Cockerton sees herself continuing this work for years to come: “I want to be part of creating new norms in foster care that are so much more humane. It’s wonderful to think that I have a shot at that.”