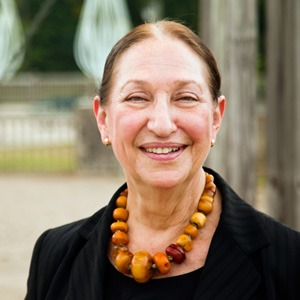 The day is a recipe for maternal frustration – no air conditioning, too many visitors in too little space and a fussing baby, Chance, who has what looks like a thriving case of heat rash. When Chance starts crying, Moore changes him, tries the pacifier, walks him on her hip up and down the sweltering hallway, gives him a bottle. Nothing works.

“You’re doing everything you can,” Palmer assures Moore. “As long as you stay calm, you help them come back to a calmer place.”

Chance finally mellows and slurps from the bottle. Palmer stays for about an hour, testing the infants’ ability to hold balls and reach for objects. She tells Moore that the babies are doing well, then preps her for what’s ahead.

The advice Moore receives is standard fare for first-time mothers – how to hold the children, what heat rash looks like, why it’s important to keep vaccination records, how sometimes waiting out a child’s temper tantrum is the only thing to do. But for Moore, who lives with her father, the guidance is crucial in helping her face her own transition from teenager to mother.

Moore’s success as a parent is what Every Child Succeeds is all about. Founded in 1999 by Judith Van Ginkel and fellow community leaders, the Cincinnati Children’s Hospital Medical Center program provides in-home services and support for first-time, at-risk mothers, helping thousands of families each year get a good start.

Under Van Ginkel’s leadership, Every Child Succeeds has built a decade of evidence showing that organized home visits by a social worker or nurse during a woman’s pregnancy through her child’s third birthday can improve the lives of both mother and child.

A 2008 study produced by Every Child Succeeds and the Cincinnati Children’s Hospital Medical Center found the infant mortality rate for the children in the program was 4.7 deaths per 1,000 live births. That figure is lower than the national rate of 6.7. It also measures lower than the rates of Hamilton County (10.9) and its largest city, Cincinnati (11.3), the areas from which Every Child Succeeds receives most of its clients.

Overall, every child seen by the program has a primary care physician; 95 percent of homes have learning materials to stimulate child development; 95 percent of parents are actively involved in their child’s learning; and 95 percent of children exhibit normal social and emotional development.

Van Ginkel has helped drive those numbers by raising money and support for the cause, providing leadership, focusing on statistics-based decision making and looking for ways to serve more people. She has drawn from decades of experience in various health care roles to lead Every Child Succeeds, which has so far helped more than 16,500 families.

“I’m convinced these children and their parents have lifetime trajectories that are much different than they would have been if we hadn’t been there,” Van Ginkel says. “When I get up in the morning that is something I think about. The older you get, the more important that becomes.”

Van Ginkel’s motivation comes from decades of seeing deaths, health problems and emotional trauma that might have been prevented with early intervention, counseling and education for new, often unprepared families. And given her level of experience, she knew her program could do more than just meet children’s physical needs: “Over time, we came to see that our mothers and families had needs beyond our primary curriculum that, if left unmet, could limit Every Child Succeeds’ impact.”

So the program started expanding to achieve a more comprehensive, holistic approach. Among the newer offerings:

And to reach more families, while generating revenue, Every Child Succeeds has developed 15 products and services for the retail market, including the program’s web-based data collection and management system.

Van Ginkel has known almost all her life that families benefit from the kind of personal attention Every Child Succeeds offers. As a little girl she often accompanied her father, a pediatrician, as he made house calls all over her hometown of Charleston, W.Va. Van Ginkel saw how her father read the signals – both spoken and unspoken – in the place the children and parents felt most at ease, their homes.

“He could understand the families better, and the care that he could give to them improved,” Van Ginkel recalls.

Local leaders say Van Ginkel’s vision and dedication are crucial to Every Child Succeeds’ accomplishments, particularly when it comes to raising money. About 50 percent of the program’s funding comes from public sources, with the rest coming from private funders, including $2.5 million a year from the Cincinnati-area United Way.

Such backing is a result of Van Ginkel’s reputation and commitment, says John Pepper, former chairman and CEO of Cincinnati-based Procter & Gamble Co. and one of the program’s supporters. “She has a lot of continuity in the field; she has been active at this for more than a decade.”

As Every Child Succeeds has grown, Pepper says, Van Ginkel has prodded him (now board chairman of The Walt Disney Co.) and others to stay involved, calling and reaching out to new supporters or appealing to local political leaders.

Moira Weir, director of the Hamilton County Department of Job and Family Services, says Van Ginkel’s work has been instrumental in helping the poorest area mothers have a better chance of raising healthy children.

“She goes about her work with dignity and compassion for those her program serves,” Weir says. “When Judy enters a room, people pay attention.”

Van Ginkel, who was 60 when she began her work with Every Child Succeeds, says she is committed to helping refine the program’s local operation while taking its winning formula to other communities.

“A friend said to me ‘Why are you still working?’ and I said I’m the luckiest person I know,” Van Ginkel recalls. “The way it affects me most is thinking about all the things there are to do and things to know and learn, and you don’t want to run out of time.”

And now she understands why she was meant to tag along with her father on house calls those many years ago: “One day I realized that things had come full circle.”