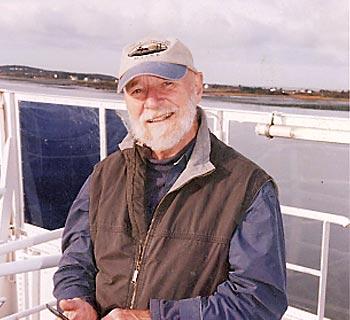 Developing youth as long-term stewards for the Gulf of Maine watershed The Gulf of Maine watershed extends from south west tip of Nova Scotia to the tip of Cape Cod, and, until recently, it was the world’s richest commercial fishing ground. Alarmed at the spiraling environmental degradation of this unique eco-system and concerned that today’s youth were becoming alienated from nature, John Terry, 71, brought together educators, scientists and environmentalists to form the Gulf of Maine Institute (GOMI). GOMI reaches out to educate and engage young people from throughout the bio-region as the future stewards of the environment. As president of the Institute since 2002, Terry has developed an experiential curriculum that pairs young people with activists, educators and scientists to learn first-hand how to address specific environmental threats facing the region. Students have worked to remove invasive plant species; transformed a degraded urban salt marsh into a local wildlife sanctuary; turned vacant lots along the Chelsea River into a scenic green hiking path, and lobbied local officials to force school buses to stop idling (and polluting) while waiting to pick up children. Volunteers from the scientific and public school communities as well as local government and community environmental groups have made it possible for the Institute to offer an extensive array of community based youth initiatives including an international residential summer leadership workshop.