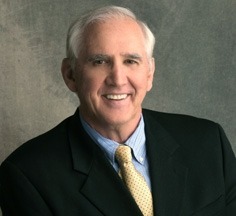 Sage’s prison-based program brings violent offenders and crime victims together to explore the impact of crime, reducing the recidivism rate.

When John Sage’s sister was murdered 18 years ago during a robbery gone wrong, he learned well the devastating fallout of violent crime on both victims and their families, and the desire for vengeance. But Sage chose a different path with Bridges To Life, the faith-based nonprofit the former real estate developer founded in Houston in 1998. The organization aims to reduce crime and the recidivism rate of released inmates.

Based on the principles of restorative justice – which focuses on victim, offender and community needs – the 14-week, prison-based program gives offenders the chance to hear directly from victims or their families about the impact of violent crimes. For two hours each week, they form small groups to discuss the topics of repentance, accountability, forgiveness, reconciliation and restitution. Bridges To Life asks offenders to reflect on their actions and themselves; examine their lives and mistakes; and make plans for the future.

People across the country are taking note. A study of Bridges To Life “graduates” showed that upon release from prison, they returned to prison 18 percent of the time, compared with a nationwide average of close to 40 percent. Only 1.2 percent were locked up again for violent crimes.

Bridges To Life now has 10 employees and operates in 26 Texas prisons; its curriculum has been used in Florida, Louisiana, Indiana, Colorado, Utah, Tennessee, North Carolina and Pennsylvania. The program has taken some 13,000 prisoners through its paces with the help of 800 volunteers, half of whom were victims of crime.

“We try to instill hope,” Sage says. “And we want the offenders to admit their guilt. But we want them to understand this: ‘You have made mistakes. But you are not a mistake.’”