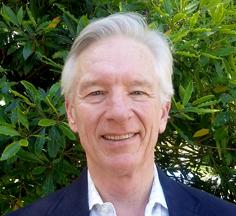 Reynolds prepares veterans for civilian careers and matches them with employers to reduce chronic under-employment among former service members.

Having served as a rifleman in Vietnam, John Reynolds had experienced firsthand the challenges many soldiers have reintegrating into civilian life. While he had gone on to a successful career in business, including 22 years at the helm of Intervox Group, the management consulting company he founded, he knew that many vets struggled. “I had a deeply personal connection to the hardships that today’s young men and women face following their service,” he says.

Dismayed by statistics that showed chronic unemployment among veterans was nearly twice as high as the general population, “I was both mystified and troubled that a compassionate, resource-rich society could not adequately serve those who had sacrificed on its behalf,” he says. “I became convinced that I could—and should—do something about it.”

A fervent believer in the power of the free-market system, in 2008 he founded Veterans2Work, which matches veterans with employers through an online portal featuring standardized, aptitude-based job-matching technology designed to improve veterans’ job marketability and boost employers’ hiring confidence.

Since then, nearly 4,000 have received free career assessment, coaching, job placement, training or on-the-job and career support. Meanwhile, employers get access to a pool of veterans whose skill sets, uniquely honed by military service, can be good for the bottom line.

Working with partners like Salesforce.com and Kelly Services, Veterans2Work aims to help 100,000 veterans launch and sustain post-military careers by 2016.

In 2012 Reynolds won a White House Champions of Change award—a confirmation of the impact he’s made in his encore career. “I wanted to direct my energies and skills toward a cause that would give my life more purpose and meaning through service to others,” he says.