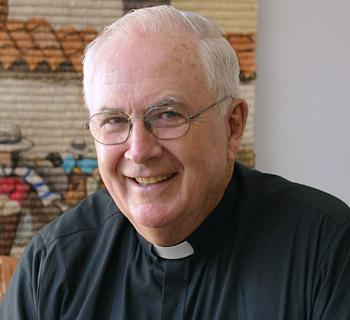 Capitalizing on students skills to cover the high costs of running excellent schools.

John Foley could have retired in 1996 after 34 years of working with schools in Peru. Instead, the Jesuit priest, then 60, returned to the United States to launch the Cristo Rey Network, an innovative approach to Catholic college preparatory education that now serves almost 3,000 students, 92 percent of whom are racial minorities. The big idea? Capitalize on students’ skills to cover the high costs of running excellent schools. Law firms, banks, hospitals, and other corporations lease the students’ talents, paying $20,000 a year for a team of four interns who share a 40-hour work week. Students’ work helps underwrite the cost of their high-quality education, and they learn marketable skills. Clients are happy, and the school can focus on the classroom instead of competing for charitable dollars. Impressed by the Cristo Rey model, a venture capitalist contributed $12 million in 2001 to accelerate its growth. Today there are 12 schools in the Cristo Rey Network, operating in nine states. Nearly all graduates — 96 percent – have gone to college. Impressed with the success, the Gates Foundation invested $6 million in November 2006, paving the way for additional expansion. Seven more Cristo Rey schools in an additional seven states will open soon.