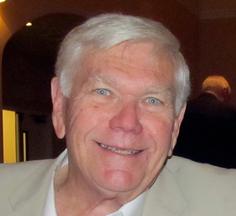 A longtime teacher who didn’t learn to read until age 48, Corcoran aims to eradicate illiteracy among children–and adults.

In the early 1990s, John Corcoran’s 4-year-old granddaughter began asking him to read books with her. But he couldn’t read. He was one of the 93 million Americans whose reading skills are below the basic level. In his 17 years teaching high school, he had fooled everyone. But he couldn’t fool her.

That’s when, at age 48, Corcoran overcame his learning difficulties and finally learned to read. Then he wrote a memoir that inspired open discussion of what is a shameful secret for millions. “I kept thinking of the millions of children and adults experiencing the same shame and pain that I had experienced,” he says. “I knew I had to do something.”

What he did was launch an encore career devoted to overcoming illiteracy, founding the John Corcoran Foundation, which since 1997 has provided one-on-one literacy tutoring for young children, disadvantaged youth, second-language learners, and children with disabilities including autism, dyslexia, speech impediments and hearing impairments.

The foundation offers online web-conference tutoring, and supplies each online learner with a free computer, broadband internet access and literacy software. It also has 2 tutoring centers in California and Colorado.

In the past 16 years, the organization has tutored more than 4,000 students, trained more than 250 tutors and provided 2,000 free computers.

“My encore work has given my life new purpose,” Corcoran says. “I am thankful that the work I’ve been doing with the help of family, colleagues and co-workers has made a difference in the lives of individuals, communities and my country.”