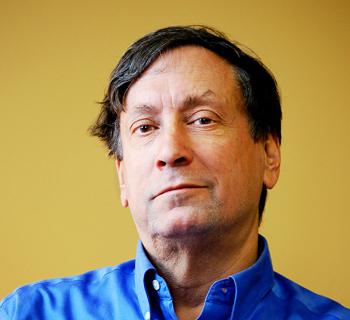 Kramer has created a nonprofit model for high-quality, Web-based, regional journalism — as the news industry struggles to stay afloat — funded by sponsors, donors, and advertisers.

Kramer has created a nonprofit model for high-quality, Web-based, regional journalism — as the news industry struggles to stay afloat — funded by sponsors, donors, and advertisers.Kramer, former editor and publisher of The Star Tribune of Minneapolis, says he created MinnPost, which publishes MinnPost.com, in 2007 as an experiment. He wanted to figure out how to pay for serious public affairs journalism at the local and state level in the face of newspaper closures caused by shrinking advertising revenue. He launched MinnPost.com as a Web-based news source, eliminating the high cost of printing and distributing, and he built the venture around experienced, talented journalists who bring real-life experiences to their work. While the project has had significant support from foundations, MinnPost aims to break even without them by 2012, supported fully by readers, advertisers, events and sponsors. MinnPost is a nonprofit, which allows readers to donate the way consumers of public television and radio do. Compared with the first full year, traffic to the site has doubled, and the number of member donors more than doubled to 1,500. MinnPost is also developing a loyal following with more than 24,000 people visiting the site more than three times a month. Kramer believes MinnPost.com – and Web sites like it – are important for a vigorous democracy and dynamic communities. He says, “It could help give a new generation of journalists hope that their passion for independent reporting and storytelling can also be their way to earn a living.”