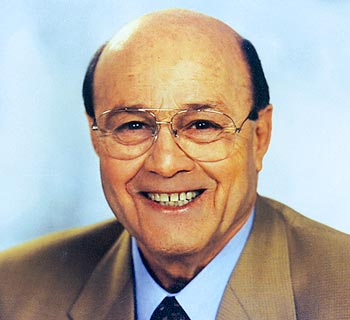 Half a century ago, Joe Garagiola played baseball with the St. Louis Cardinals and witnessed firsthand the danger of “spit” tobacco use. Since then, the anti-tobacco movement has grown in strength, yet the focus has largely been on cigarettes. In the mid-90s, Garagiola became chair of the National Spit Tobacco Education Program and decided to use professional baseball players to educate kids and their parents on the dangers of chewing tobacco. His goal was to help ballplayers quit their use of spit tobacco, and then enlist them, their trainers, their managers, and broadcast media to send the message that the stimulant has no place in baseball, athletics, or a healthy lifestyle. Garagiola’s work is paying off, as several star players with the power of influence have become vocal advocates of the program, and tobacco use among American youth and adults continues to drop at a significant rate. The recent first time decline in U.S. cancer deaths has been attributed in large part to the decline in tobacco use and exposure.