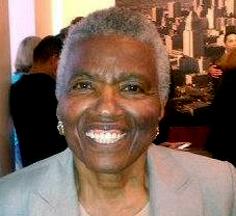 Thais-Williams provides low-cost and no-cost acupuncture, counseling and other natural healing to low-income and otherwise marginalized members of the community.

Forty years ago, Jewel Thais-Williams opened the Catch One nightclub, known as “The Catch,” the famed LGBT disco in South Los Angeles where Madonna once held a party to launch a new album. Stress took its toll, and Thais-Williams began drinking and doing drugs. Seven years later, she got sober, partly with the help of natural healing, which led the UCLA graduate to train for an encore career as an acupuncturist. She graduated at age 60 but didn’t stop there.

In 2000, another encore calling led her to found The Village Health Foundation, a nonprofit providing natural healing through culturally competent, complementary alternative medicine in her community. Partly funded through profits from The Catch, this foundation serves patients regardless of ability to pay: those who can afford it make donations on a sliding scale, while those who can’t receive free care. “We take them at their word,” says Thais-Williams, now 74.

Anyone is welcome, though the clinic makes a point of being open to serving LGBT individuals that might feel less comfortable elsewhere, as well as the clinic’s predominantly Asian and Latin American neighbors. In the past 12-years, Thais-Williams says, 15,000 people have been served.

She recommends an encore career to remain vibrant in the later stages of life: “The best way to stay healthy and alive is to stay involved, busy, helpful and concerned for others.”

In 2012, her contributions to her community earned her the Dream of Los Angeles Award, given by Los Angeles Mayor Antonio Villaraigosa.