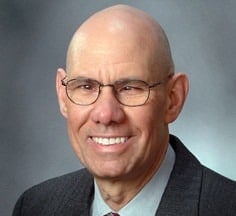 Jerry Rampelt, a former teacher, watched as poor and small public school districts in his home state of Ohio could not garner enough voter support to pass school tax measures.

Knowing that per pupil expenditures in Ohio range from $6,926 to $20,038, Rampelt wanted to do something to address growing disparities in education. He read through the campaign finance reports that school tax committees filed with the county board of elections to determine what makes a winning campaign.

After compiling winning strategies, he launched Support Ohio Schools, a Columbus-based grassroots nonprofit, in 2009. The organization provides district officials with advice and a tool kit for creating a campaign steering committee, raising campaign funds from the public and establishing a system to contact, persuade and engage voters around school tax issues.

And the votes are in. In 2010, Support Ohio Schools was involved in 26 school tax campaigns. All of the renewal measures passed. So did 34 percent of the measures establishing new taxes – a winning percentage 10 percent higher than the Ohio average for new tax issues. Rampelt is most proud of helping one district break a five-election losing streak and avoid imminent cutbacks. Focusing on the future, Rampelt has partnered with the largest education union in Ohio and makes frequent presentations to associations of school boards and superintendents.

Of his work, he says, “I know that time is short, and so much needs to be accomplished.”