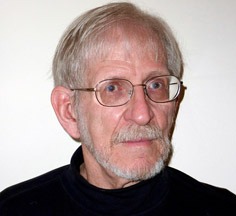 A native son of rural Virginia, Jerry Moles spent decades as a college professor and consultant helping rural communities cultivate productive, income-generating and environmentally friendly agricultural businesses. He worked mostly on the West Coast and in Sri Lanka. But when his mother fell ill in 1999, he found himself back in Virginia to oversee her care.

He also sought to continue his professional work. Focusing on southwest Virginia’s largely agricultural Grayson County, where competition from corporate farming has threatened to overcome family farms, fragment the Appalachian landscape and destroy a rural way of life. In 2005 Moles established Grayson LandCare, bringing the concept of “landcare” to the area.

Landcare is the practice of creating community-based groups of volunteers to work on conservation projects. Groups collaborate on the “triple bottom line” – higher income, improved community services and a vibrant and healthy environment.

“Landcare is about people organizing themselves to protect and benefit from the natural resources for which they’re stewards,” says Moles. “It’s about other people joining in by buying their produce and also becoming responsible for public lands.”

In addition to his work in southwest Virginia, Moles is expanding his efforts into western North Carolina and remains an active landcare advocate in Sri Lanka.