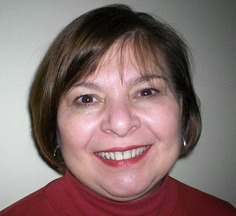 Lepore-Jentleson moves people from poverty to self-sufficiency, in part through youth development and job training.

One afternoon in 1997, Jan Lepore-Jentleson, then the building inspection superintendent for Dayton, Ohio, found herself utterly discouraged.

“I remember deciding that I was fed up wasting my time being a bureaucrat, pushing paper and accomplishing little of value for the people living in Dayton’s poorest neighborhoods,” she says.

It was at that moment that she decided to quit her job and launch a nonprofit community development organization spur change.

A year later East End Community Services (EECS) opened its doors in hopes of revitalizing the city’s Twin Towers neighborhood and breaking generational poverty cycles. From the beginning, Lepore-Jentleson’s focus has been children and youths, with programs that focus on access to quality education, after-school childcare and youth development.

EECS has recently expanded its mission. Lepore-Jentleson’s latest initiative is Dayton Works Plus, which trains and employs unskilled and hard-to-place job seekers, including ex-offenders and the chronically unemployed, for environmentally friendly building jobs. Along with job creation, the goal is to divert materials from landfills and develop a green business sector that would include recycled materials manufacturing; landscaping; asbestos and lead abatement; and weatherization retrofits.

A video produced by CNN Money on urban renewal highlights her organization. See it here.