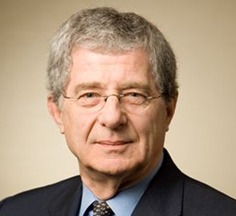 J. David Nelson joined The National Foundation for Teaching Entrepreneurship (NFTE) as its chief operating officer at a critical time. In 2001, the organization, which brings entrepreneurship education to low-income youth, had outgrown the limits of its current operating capacity. NFTE wanted to grow over the course of five years from serving 6,800 students each year to serving 30,000. Nelson came to the job after 33 years at IBM and he brought his knowledge of business management and strategy with him. Under his leadership, the National Foundation for Teaching Entrepreneurship is well on its way to meeting its five-year growth target, and costs per student have dropped by more than 50 percent. Research from the Harvard Graduate School of Education has found that NFTE students who learn academic and business-oriented skills in context through their own entrepreneurial projects express increased interest in attending college and aspire to jobs that require more education. With nine domestic offices and active programs in 23 U.S. states and 13 countries, NFTE plans to begin operations in 20 additional cities and hopes to reach 50,000+ low-income students per year by 2012.

2015 Update: David Nelson retired from the NFTE in early 2009 and continues to participate in social-entrepreneurship- oriented activities, including serving as the board chair of the AARP Foundation.