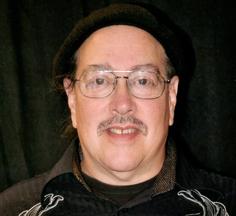 Nabatoff’s “one-stop shop” helps devastated victims of Hurricane Katrina get the assistance they need to rebuild their lives.

For two decades, Iray Nabatoff had volunteered at The Community Kitchen in Keene, NH, which provides emergency food assistance to more than 12,000 men, women and children a year. After Hurricane Katrina devastated the Gulf Coast in 2005—and the world watched in horror as the official disaster response fell woefully short—he felt called to help.

He traveled to St. Bernard Parish, a county just east of New Orleans. He had only planned to volunteer for a few weeks, but the scale of the destruction changed his mind. Every St. Bernard home and business had taken on water, and nearly 200 people had drowned. “As I talked with people who had lost everything—from clothes to cars to pets to homes, and even family members—my plans for a short stay turned into a long-term commitment,” he says. “It’s the most positively engaged I’ve ever been.”

In April 2006 Nabatoff founded the Community Center of St. Bernard, where he developed a multi-agency, “one-stop shop” to bring together people who need help with the agencies that can assist them, bridging a surprisingly common gap in disaster situations. Since then, it’s given out 1.6-million pounds of food, mostly to children and the unemployed; enrolled nearly 2,000 people in Medicaid and 7,300 in food stamps; and helped nearly 1,600 seniors find jobs.

Nabatoff’s “Community Connections Model” has the potential to set a new standard for delivering short- and long-term disaster relief both regionally and nationally. Katrina, he says, “turned into a defining life’s moment… I never knew how hard it was going to be. I never questioned what the right decision or choice was in any of it. It just happened.”