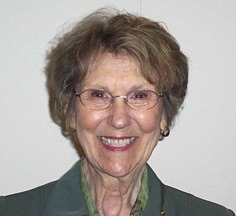 For 25 years, Helen Karr managed beauty salons, where she heard countless stories from older women about how they were being financially abused by their children or caregivers – the same people who had been entrusted to look after their finances. Their painful stories struck a chord in her heart and compelled her to find a way to help.

“I knew I needed to become an attorney to be able to help financially exploited elder women in a legal manner,” she says.

Karr began law school in 1991 while working full time at the salon, and seven years later she was sworn into the State Bar of California. It was shortly after she joined the San Francisco District Attorney’s Office that she learned roughly 14 percent of America’s elderly population is routinely abused. To address the issue, Karr established the district attorney’s office’s Victim Services Elder Abuse Senior Volunteer Program, where she trained senior citizen volunteers to help victims of elder abuse.

Today, Karr is an elder abuse specialist at the San Francisco District Attorney’s Office and a leading national spokeswoman on the issue. She continues to raise elder abuse awareness through state and national legislation. In California, she was instrumental in getting elder financial abuse mandated reporting from financial institutions added to the California Welfare and Institutions Code. She also helped get May designated Elder and Dependent Adult Abuse Awareness Month in California.