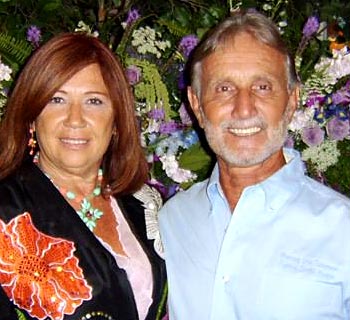 Hans Geissler was born one of ten children in rural Germany during World War II. Once in the United States, Geissler built successful businesses in plumbing, contracting and boat building. But a trip to Guatemala in 1990 reminded him of the hunger and struggle he experienced growing up in post-war Germany and prompted a major life change. Four years later, Geissler closed down his business, G-Cat Multihulls, and founded Morning Star Fishermen, to teach people in undernourished domestic and international communities how to use sustainable aquaculture to feed themselves. Based in Dade City, Florida, the organization focuses on creating simple, workable methods of producing fish and vegetables with limited supplies of fresh water on small plots of land. Welcoming students from around the world, Morning Star Fishermen now works primarily to aid emerging communities in the developing world, such as Haiti and the Dominican Republic, as well as at-risk and marginalized populations in countries that lack the infrastructure to care for those in need. Following a continued demand for his boats, Geissler has recently contracted to have his boats manufactured by other builders, and sold through his resurrected G-Cat Multihulls, whose activities will be used to support and promote Morning Star Fishermen and its worldwide mission.