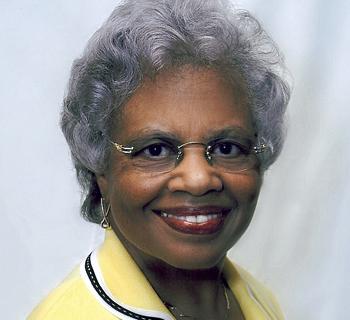 Saving lives through early prevention and cancer screenings to the economically disadvantaged.

At 65, Butler had a successful career as a professor in higher education institutions and associate vice president of faculty affairs at the University of Houston. In April 1999, her life changed forever. Butler was stricken with Stage III colon cancer and was forced to take a leave of absence from her position to undergo major surgery and eight months of chemotherapy. The experience inspired her to form Hope Through Grace, Inc to increase prevention, early detection and save lives. Nationwide, African Americans have the highest cancer death rate and are diagnosed more frequently with colorectal carcinoma at a later stage then other racial or ethnic groups. Butler knew part of the problem was a lack of information and health insurance, which led to a lower rate of screenings. Hope Through Grace, Inc. is providing education to increase awareness and subsidizing the cost of baseline colonoscopy screenings for uninsured, underinsured, and medically underserved populations in Houston to break down barriers to essential preventive care. Nearly 2000 people have received awareness about colorectal cancer with a focus on medically underserved areas, shelters, churches and education institutions in the Houston area. Fifty uninsured adults have received colonoscopy screening at no cost with more than 50% needing and receiving clinical care to remedy their condition. Partnerships with health care institutions have been organized to provide appropriate care that results from screenings and a social marketing campaign was launched to increase awareness. “The thought ‘someone has to do something about this’ was recurring and simply wouldn’t go away. Eventually, the vision came to me that I was the ‘someone.'”