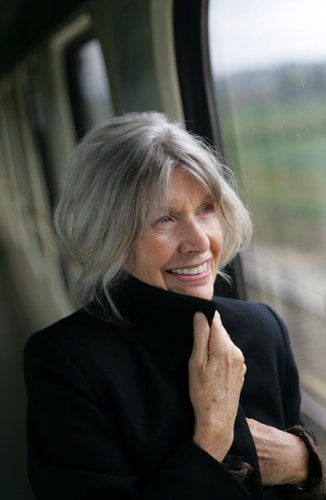 When a severe head injury paralyzed Glenys Carl’s son Scott while he was visiting Australia in the late 1980s, she became his devoted caretaker. Unlike many in her situation, she had help—hundreds of volunteers who responded to fliers she had posted all over Sydney asking for help. When they moved to London, she posted flyers again, and volunteers streamed in. In three years in two countries, she had trained hundreds of people in how to assist with Scott’s daily needs and physical rehabilitation.

When Scott died in the early 1990s, she and her two other children moved to New Mexico, where she became a caregiver working with end-of-life and long-term-care patients, both adults and children. During this time, Glenys wrote a book called Hold My Hand about her experience with volunteers. She also saw an enormous need for homecare, but many families in New Mexico could not afford it.

Those observations led to a dedication to a higher purpose and an encore career with Coming Home Connection, the nonprofit she founded in 2007 to train, place and coordinate community volunteers to provide free home care to low-income people in New Mexico.

In the past four years, more than 300 adults have completed the training, including veterans to help disabled veterans. In 2012 alone, they provided 20,000 hours of free care for 187 families. CHC also refers these caregivers for paid work. In 2012 they earned 40,000 hours of income.

“I love this work because it brings people together in times of adversity,” she says of her encore career. “But most of all I do this work in memory of my son. Coming Home Connection has become a way to honor his memory.”