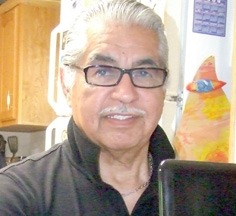 The doors of the Los Angeles County prison closed behind Gerald Hill in 1972 when as a college senior he was sentenced to 90 days following a protest against an art museum exhibit of the scalp of a Cheyenne Indian and a burial display using actual human skeletons. Hill’s first — and last — criminal conviction convinced him that Native Americans can be most effective from the right side of the justice system.

Chief Counsel for the Oneida tribe near Green Bay, Wis. from 1980 to 2000, Hill’s decades-long legal career now seems like a prelude to his most personally meaningful work: since 1999, he’s been president of the board of directors for the nonprofit Indigenous Language Institute (ILI), which develops technological tools to make ancient languages relevant and accessible to the young. Among them is Ancient Voices/Modern Tools, used by some 115 Native communities to create more than 400 language products in print and digital media. Textbooks, graphic novels, documentaries, online dictionaries, Facebook pages — all have been created in Native languages with ILI’s tools.

The institute, based in Santa Fe, also partnered with LanguageGeek.com to develop a font with the letters, characters and accent marks used by hundreds of indigenous languages. It’s also trained more than 2,000 tribal educators, language teachers and learners at seminars and workshops.

In 2010, the institute partnered with the Enduring Voices Project of National Geographic to host a seminar for indigenous leaders from India, Papua New Guinea and Paraguay. The need to take ILI’s tools international is urgent, Hill says. “There are now 100 to 150 surviving Native languages, but linguists say that in 20 years there will only be 20 or so languages left.”