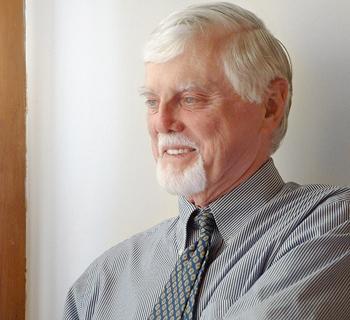 In 1986, after years as a respected psychotherapist, Gerald Gray was stunned when one client, a refugee, recounted a harrowing story of seeing a photo at a friend’s house of a man who had tortured him. Gray was shocked to learn that torturers and other human rights abusers could immigrate to live freely in the United States. At 61, he founded organizations to bring them to justice and help their victims. Gray saw that he could help address the scourge of political torture by ending any hope torturers might have of finding safe haven, and by aiding recovery for the 500,000 torture victims living in the United States. With prominent human rights lawyers, he formed the Center for Justice & Accountability to track abusers and bring them to account. Then he co-launched the Institute for Redress and Recovery at Santa Clara University to give torture victims the legal and psychological help they need. Gray has aided over 4,000 torture survivors from more than 80 countries at three centers in California. He is now leveraging resources to provide support to victims overseas.  “We do not have to be bystanders. When I learned the numbers of [torture] survivors, I was absolutely certain of my late life’s work.”