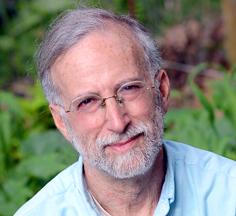 Oppenheimer created an online resource to connect local gardeners with food pantries so excess fresh produce gets to hungry people rather than thrown away.

In 2009, master gardener and computer expert Gary Oppenheimer was running a community garden in New Jersey. Many of his fellow gardeners were frustrated that much of the fresh produce they grew went to waste.

There are 40 million home gardeners in America. Many grow more fresh food than they can use. And yet 50 million Americans go hungry every day. Often they live in the same communities.

To Oppenheimer, the solution seemed simple: gardeners should donate their excess produce to local food pantries, a pipeline to food for America’s hungry. The problem was, he couldn’t find local pantries online. “I knew that if an aging geek had difficulty finding pantries online, so would every other grower,” he says.

In 2009, Oppenheimer—who built his own personal computer way back in 1975 and helped MCI develop its email—created AmpleHarvest.org, a national network that connects local growers with food pantries; the excess produce is picked up for immediate distribution to the hungry. Nearly 6,500 food pantries nationwide now participate and more than 30 million pounds of food have been donated.

“AmpleHarvest.org has excited people across America and around the world,” Oppenheimer says of his encore career. “I have been called a hero for creating it but ultimately, each home gardener who decides that she or he can make a sustaining difference nourishing their own community is the real hero. America has 40 million of them.”