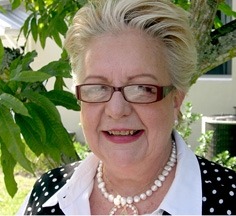 Leivas-Andino reaches out to Spanish-speaking families about the need to protect youths from harassment and violence.

Twenty-one years ago, Eva Leivas-Andino, a political refugee from Cuba, was devastated when her son Paolo came out as gay. Terrified of what her family and friends would say she kept her son’s sexual orientation secret.

On a visit to New York eight years later, Paolo took her to see a play about playwright Oscar Wilde, who was tried and convicted for being gay in 19th century England. Paolo, after the play, opened up to Leivas-Andino about how painful it had been to grow up without his parents’ support or understanding.

Faced with his pain, Leivas-Andino decided it was time to “transform people’s hearts.” A friend introduced her to Project YES, now YES Institute, whose mission is to prevent suicide and ensure the healthy development of all youths through education about communication and gender.

An insecure volunteer at first, today Leivas-Andino is the Miami-based organization’s chief financial officer and director of programs in Spanish, working in partnership with religious communities, schools, social service agencies, hospitals and police departments throughout the country and Latin America. YES Institute reached more than 4,000 people in 2010 alone.

Now, Leivas-Andino tells her friends, “Get out of your living rooms, find your passion and go out and change the world one day at a time.”