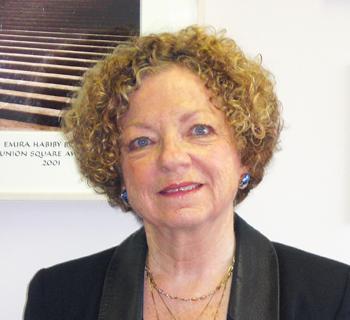 At age 51, Browne – a Palestinian immigrant and social services professional – founded a social service agency in New York to address the needs of the growing Arabic-speaking immigrant community, offering a range of family-focused, culturally competent services to help families successfully integrate into American society. After 9/11, Browne became a leading community advocate for those traumatized by the backlash of discrimination, racial profiling, detentions, and deportations. In 2006, Browne founded a second organization, the Center for the Integration and Advancement of New Americans, or CIANA, which utilizes integration services designed specifically for immigrants and refugees from the largely Muslim societies of the Middle East and its neighboring countries in Africa and South Asia. Browne recognized the need for a more proactive approach to bridging the culture gap between the American and more traditional Eastern cultures. Rather than waiting for integration to take place through second and third generations, CIANA serves as a welcome center for newcomers, providing them with the appropriate services to help them gain economic independence and integrate into mainstream society without having to relinquish their cultural and religious identities. “We are never too old to effect change and to use our life experiences to fight for what we believe in,” Browne says.