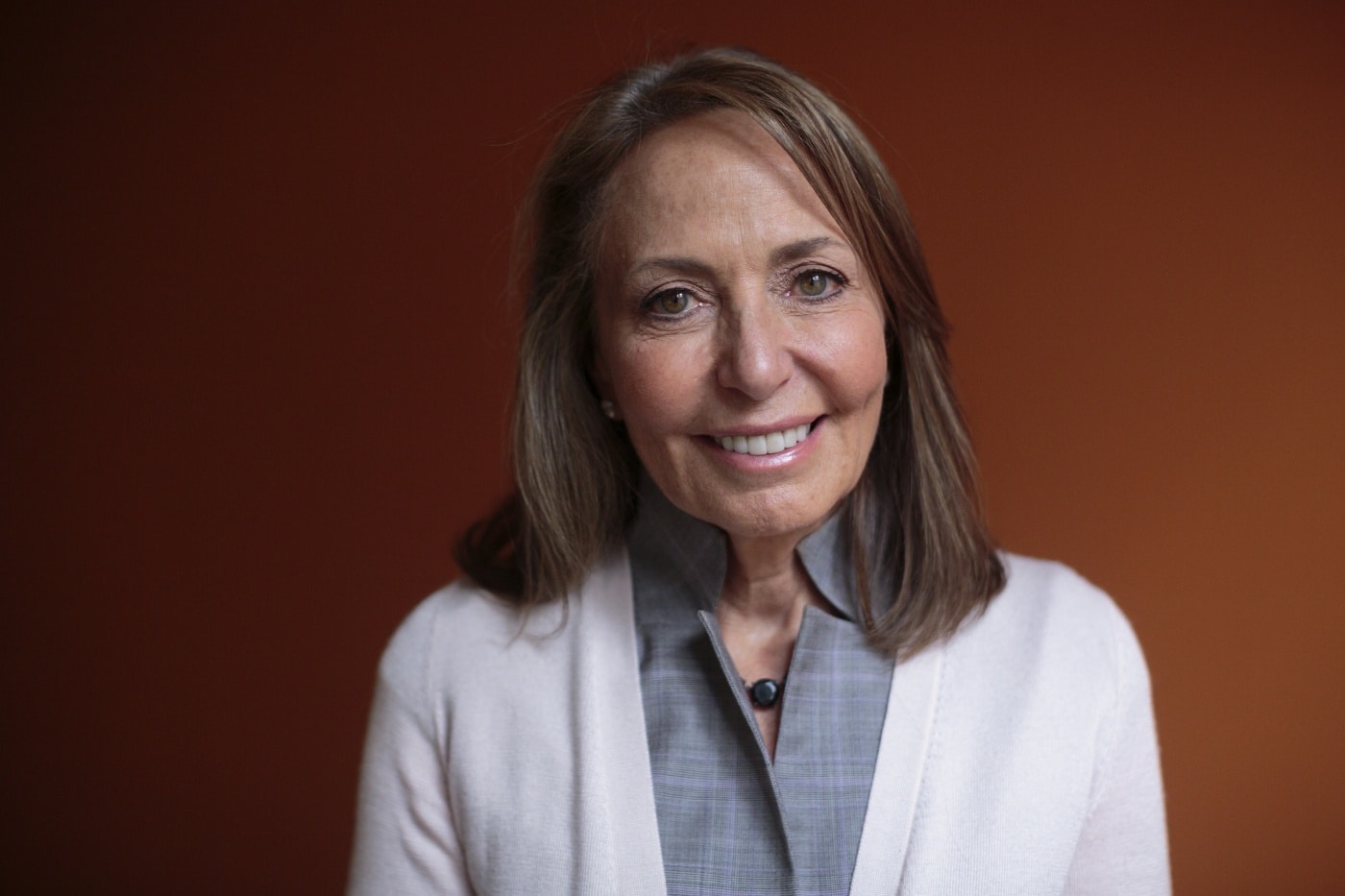 A few weeks after September 11, 2001, Pamela Cantor, then 53, received a call from the New York City Board of Education asking her to lead a team to assess the emotional impact of the attacks on the city’s public school children. As a child psychiatrist specializing in trauma for nearly two decades, she welcomed the opportunity.

However, what she discovered from her team’s assessment surprised her. “From lower Manhattan to the Bronx, most of the children I met were traumatized less by what they had witnessed that terrifying morning than by the experience of growing up in poverty,” says Cantor. “What’s more, I found the city’s schools woefully ill-equipped to teach children with such intense needs.”

Her study found that one in five children in New York City met the criteria for a full-blown psychiatric disorder, and 68 percent had exposure to trauma sufficient to impair their functioning in school. These findings were most prevalent in schools located in communities of great poverty.

This significant eye-opener served as the catalyst for Cantor’s encore career. In 2002, she founded the nonprofit Turnaround for Children, which partners with public schools to address the obstacles to teaching and learning that stem from the stress of poverty. Since then, Dr. Cantor’s innovative approach has reached tens of thousands of students in 86 of the most challenging schools in New York City, Washington, D.C ., and Newark, NJ.

Teachers, social workers and school leaders are trained to build an environment that reduces stress, fosters positive connections with adults, delivers rigorous and engaging content and promotes attributes common among all successful students. So far, they’ve reached thousands of school staff, and the results have been striking. As teachers become more skilled in creating calm, safe and effective classroom environments, and as children with behavioral issues receive timely mental health support, negative indicators, including suspensions, absenteeism and severe behavioral incidents, go down.

Cantor was primed both personally and professionally to move into this work. She had a turbulent childhood growing up in Yonkers, NY, with parents who were often unable to support her emotionally or academically. As extremely private people, the idea of going to someone outside of the family for help was unthinkable.

At age 15, though, Cantor learned about the power of psychiatry. During a family vacation, a woman seated next to her on a plane shared her own troubled family experiences, and said she had been greatly helped by a therapist. “I asked if she could introduce me to him, and she did,” Cantor recalls.

That psychiatrist, who Cantor saw for many years, changed the trajectory of her life. He saw her value when she couldn’t. He became her role model, and she was moved to follow in his footsteps. “In my 20s, I announced I was going to go to med school,” says Cantor, who up to then had avoided math and science classes at all costs. “A very long road began.”

From that moment, it would be 13 years before she saw her first patient. She took math and science GED classes at night while working at an art gallery during the day. Eventually she was accepted by 11 medical schools and attended Cornell, where she was one of only five women in her class. “The biggest thing I had was the full belief of this person in me,” says Cantor of her psychiatrist. “He set the bar very high for me — for the kind of relationship I wanted to have with my patients.”

For decades, Cantor specialized in child psychiatry with a focus on violence and trauma, working in private practice and on the faculty of Cornell University Medical Center and the Yale Child Study Center. As she rose in prominence, she was appointed co-director of the Eastern European Child Abuse and Child Mental Health Project, training mental health professionals from 12 nations. She also consulted to the Justice Department under Deputy Attorney General Eric Holder to help develop a strategy for the prevention of violence in U.S. schools and communities.

“From my varied and sobering experiences helping children across the world, I came to realize that the impact of stress on children’s development is profound, with enormous implications for learning and growth,” says Cantor. “In my private practice, I never changed a child’s circumstances or what had happened to them.  What I could change was the impact it had on their lives, how they coped and ultimately surmounted adversity.”

Cantor’s current goal is to show teachers how to reach children whose life experiences have given them little reason to trust adults. “These children don’t leave the circumstances of their upbringing at the schoolhouse door. The trauma and stress come right into the classroom,” Cantor says. “When I saw children in my practice, I was never in over my head — I was trained for what I saw in my office. This is not how many teachers feel, especially teachers working in high-poverty schools.”

Vanessa Kirsch, founder and CEO at New Profit Inc., a Boston-based venture philanthropy fund, evaluates 200 social entrepreneurs a year, many aiming to fix the education system. Yet Kirsch says she is amazed how few bring up the science of learning and its effect on brain development in children. “A child who has experienced trauma often presents similarly to a child with learning disabilities,” she explains. “When we see organizations who address the whole child and their brain development, we take note. Turnaround is one of those organizations.”

Teachers at Turnaround schools learn to engage kids with cooperative learning structures that encourage active participation by all. Because behavioral problems are common, teachers are taught to defuse children’s intense emotional states by speaking softly, avoiding yelling and praising children who are on task rather than those seeking attention through disruption. “What these teachers are able to do — if they are taught the skills — is to develop trust,” says Cantor.

In fact, all adults in partner schools — including administrators and social workers — are supported by a Turnaround team, composed of a social work consultant, instructional coach and program director. Together they work intensively with schools for several years to reset the culture and transform the school environment.

Cantor’s unique approach has caused New Profit to make a big bet on helping Turnaround build a movement around “fortified environments for teaching and learning, an approach based on the idea that all children — especially children growing up with the stress and adversity of poverty — need more than a regular classroom to succeed. “Pam Cantor had the unique insight that the challenges high-poverty schools face are recurring and predictable,” says Kirsch. “This is how she and her team at Turnaround have been able to design an intervention, a set of targeted strategies, to address these challenges and transform struggling schools into successful ones.”

Wendy Frias-Naar, a social worker in the Bronx’s P.S. 85, a Turnaround partner school with a long history of challenges, has seen the difference firsthand. “We want to be able to reach out to those dealing with so much at home,” says Frias-Naar. “What this student really is, is a child in pain. You can help them no matter how out-of-control they seem.” After working with Turnaround for the past six years, P.S. 85 has been commended by state education monitors for the strength of its student-support services and student-centered environment.

There’s potential to scale Cantor’s model nationally — and a great educational and societal need to do so. Today, one in five children in the United States is growing up in poverty. Within the next three years, Cantor plans to continue her efforts to educate and persuade federal, state and district officials to make understanding poverty’s effect on education central to the improvement of struggling schools.

“It has taken courage for me to create an organization of this size and scale — courage based on my experience with real children, encountering real problems, struggling with really hard things,” says Cantor regarding her encore journey. “There is no way I could have done this at an earlier point. Everything I have done in life has led to this.”

In recognition of her extraordinary encore work, Dr. Pamela Cantor was awarded The Purpose Prize for Intergenerational Impact (sponsored by the Eisner Foundation) in 2014.