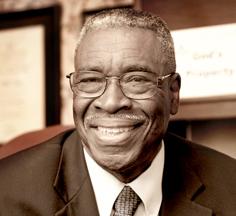 Dolphus Weary grew up in rural Simpson County, Mississippi. When he won an out-of- state basketball scholarship to college, he swore he’d never come back. But a strong
sense of calling prompted him to return to Mendenhall, Mississippi, Simpson’s county seat.

It became clear to Weary that ministries across rural Mississippi needed help to support
their social improvement ambitions, therefore in 1997 he founded the Rural Education and Leadership Christian Foundation (R.E.A.L.) to nurture, train, mentor and provide
partial funding to ministries’ programs mostly focused on young people.
Since its inception, R.E.A.L. has built a general endowment of over $1.5 million that
channels long-term technical and financial assistance to 15 rural ministries.

Funded projects include paying for a disciplinary advisor at a high school, resulting in
significantly fewer suspensions and better behavior in class, and supporting a robotics
training program in an area that lost a manufacturing plant.

Weary says too many people think they can’t make a difference given the enormity of
the world’s problems. “There’s no way one person can do everything,” he agrees. “But it
helps to take your mind off changing the world and changing people. Don’t try to go
from A to Z. Go from A, then to B, then to C.”

As for his encore career, Weary says “Don’t look at 60 as the end. It’s not retirement, it’s
refocusing on new opportunities to serve others.”