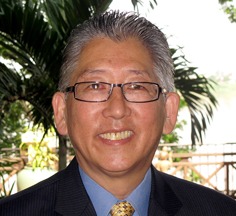 In 2000, after his kids left home, financial executive Dori Shimoda revived a promise he had made to himself nearly 20 years earlier, after he survived an 18-hour kidnapping at gunpoint: to help others. Searching for a way, he backpacked around Southeast Asia.

As he explored the remote villages along Laos’ countryside, Shimoda was struck by how many children, especially girls, weren’t in school. Instead they looked after younger siblings and did domestic chores. Preschools were virtually nonexistent.

In 2002 Shimoda created Give Children A Choice, which has built 30 preschools in Lao villages. Equipped with clean water, private bathrooms, electricity, furniture, school supplies and trained, salaried teachers, the schools have been so successful that in 2005 the Laotian government declared preschool education a national education priority for the first time.

Shimoda and his wife, Barbara, relocated from New York to Laos in 2011. “It was the boldest move I’ve made,” he says. “My goal is to find an opportunity that creates passion, has systemic impact and is self-sustainable.”