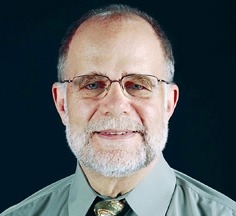 Lombardi helps doctors and other caregivers who work with children realize their innovative solutions to common medical treatment problems.

Imagine a 2-pound baby in a hospital neonatal intensive care unit with a breathing tube secured to her body with adhesive tape. Later, when the nurse removes the tape, the infant’s fragile skin tears. Or picture a child with hypertension who gags on the foul-tasting concoction he must take every day for the rest of his life. He refuses to take the drugs, and his treatment stops.

Those are among the common occurrences in pediatrics and neonatal care that Donald Lombardi sought to change when he started the Institute for Pediatric Innovation in 2006. For 15 years he had been chief intellectual property officer at Children’s Hospital Boston, where he reviewed scientific discoveries, filed patents and sourced companies to develop products mostly developed for adult care. He knew the frustrations – and solutions – of the pediatric medical staff.

“I realized I could help kids and help these impassioned clinicians who were so frustrated because they didn’t have the right tools,” Lombardi says.

Since its launch, the institute has created a database of more than 800 innovative ideas. It has developed two neonatal devices. One is an endotracheal tube that can signal its position, making it easier to determine whether the tube has moved inside the baby. Another is adhesive tape that holds tubes secure but won’t tear a newborn’s skin. The institute also developed a series of liquid hypertension drugs that taste better and have a more accurate preparation method, ensuring that children get the correct dosage.