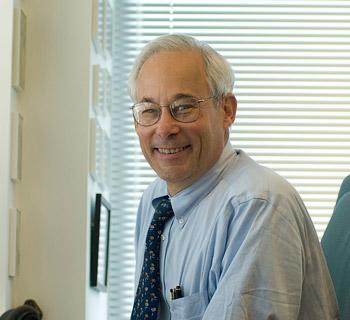 Enlisting wide-scale collaboration across the health care industry to save lives.

What can health care learn from politics? Inspired by his son’s work on a political campaign, Dr. Donald Berwick, a pediatrician with a master’s degree in public policy, decided to find out. In 2004, at the age of 57, Berwick – and his organization, the Institute for Healthcare Improvement (IHI) – launched a political-style campaign to improve hospital safety and save lives.

Called the 100,000 Lives Campaign, Berwick’s goal was to help hospitals reduce unnecessary deaths by encouraging them to implement six specific, scientifically proven improvements in care, including ones aimed at reducing medication errors and infections. Using political campaign techniques, specially designed “How-to” resources, teleconferences, and an unprecedented field and mentor network to support improvement across the country, IHI and its partners encouraged the widespread adoption of patient safety practices among thousands of clinicians, staff members, and executives.

In just 18 months, 3,100 hospitals joined the effort, and, in comparison to the prior year, demonstrated a reduction of about 120,000 deaths by implementing improvements in care, including the Campaign’s interventions. In December 2006, IHI launched a second, expanded effort to avoid five million incidents of medical harm. Similar initiatives have taken root in Canada and Denmark, while other IHI led or inspired improvement efforts are underway in the UK, Sweden, South Africa, and Malawi.

Three years ago, Donald Berwick, co-founder, president and CEO of the Cambridge-based Institute for Healthcare Improvement (IHI), was driving with his son, Dan. On that short trip, Berwick got a critical lesson in political advocacy – one that could potentially save thousands of lives and change the way thousands of hospitals care for patients.

Dan, a political campaign strategist, explained that he was bringing 350 volunteers to Florida for a weekend to knock on 50,000 doors for his candidate.

Awed by the numbers, Berwick, 57 at the time and a clinical professor of pediatrics and health care policy at Harvard, shared IHI’s frustration about the slow pace of change in medicine when it came to adopting practices known to improve care and reduce errors. . As the former head of quality-of-care measurement for a large HMO, Berwick knew the numbers: As many as 98,000 American hospital patients die annually from poor care or medical errors. IHI researchers estimate that approximately 15 million incidents of medical harm occur in U.S. hospitals annually, roughly 40,000 every single day.

So Berwick asked his son the critical question: “What makes your work so effective?” Dan explained what it takes to run a successful political campaign – coming up with concrete numbers (i.e. how many people you want to reach), establishing field offices to reach more people locally, inviting the widest possible participation, giving specific instructions to workers, and setting a deadline.

That was Berwick’s “aha moment.” He speculated that he and his colleagues could develop similar strategies to get thousands of hospitals to work together and implement techniques proven to increase safety and improve patient outcomes.

Since that conversation in 2004, Berwick, who holds a joint degree in medicine and health policy, and IHI have launched two innovative campaigns. The first – the 100,000 Lives Campaign – aimed to help U.S. hospitals prevent as many as 100,000 unnecessary deaths between December 14, 2004 and June 14, 2006. IHI estimates that hospitals saved more than 120,000 lives in this period by implementing overall improvements in care, including steps recommended by the Campaign. The second initiative – the 5 Million Lives Campaign – aims to involve 4,000 hospitals in an effort to help them prevent millions of incidents of medical harm, including preventable deaths. It will wrap up on December 9, 2008.

In the 100,000 Lives Campaign, participating organizations agreed to provide monthly mortality statistics and adopt at least one of six interventions. These interventions included dispatching rapid response teams at the first sign of patient decline, following rigorous protocols to prevent infections caused by surgery, central venous catheters, and ventilators, giving heart attack patients recommended medications when they enter and leave the hospital, and checking to make sure all medications taken by a patient are appropriate. The 5 Million Lives Campaign calls for six additional interventions, including guidance on best practices to prevent pressure ulcers and to reduce Methicillin-Resistant Staphylococcus aureus (MRSA) infection.

“We’re out on the edge,” Berwick says. “We’re asking the industry to try things at a pace and level it hasn’t done before.”

Berwick and his colleagues founded the Institute for Healthcare Improvement (IHI) in 1991. Over the years, the organization has offered hundreds of innovative collaborative initiatives, a ‘must attend’ annual national forum which now draws over 5,500 attendees from the U.S. and around the globe, and a rich array of learning and resources on its website, IHI.org, all designed to help health care staff across the spectrum improve the quality of patient care.

In the past three years, Berwick and IHI have used a campaign mentality to push the improvement movement to a new level, resulting in a new determination and focus on patient safety efforts and a much larger network of people capable of translating change concepts into real and sustainable practices at their health care facilities. Other countries, including Canada, Denmark, Sweden and the U.K., have benefited from Berwick and IHI’s approach. Under Berwick’s leadership, IHI is also working with health care providers in South Africa to increase the number of people on appropriate treatment for HIV/AIDS and in Malawi, to reduce maternal and neonatal deaths.

“I expected pushback and anger to be generated from our campaigns,” Berwick says. “I thought the obstacle would be denial or ‘we’re too busy’ or malpractice threats. But doctors, nurses and even executives are saying, ‘thank you.’ There’s no financial incentive to join. People might be fed up like I am and know it’s the right thing to do.”

There’s another likely explanation: People welcome the tools and the collective mission of Berwick’s endeavors. “There’s the sense that you are in a community. It meets some needs to affiliate, to be a part of something bigger,” he says.

The efforts of Don Berwick and IHI have had a meaningful impact on patients’ lives. J.W. McElhaney suffered a massive heart attack and was rushed to Baptist Memorial Hospital-DeSoto in Southaven, Mississippi. He spent time on a ventilator and could have contracted a dangerous infection called ventilator-associated pneumonia. But, in part, because the hospital participated in the 100,000 Lives Campaign and had better processes in place, the 67-year-old was spared from complications. Rod Street, 84, was about to be released from Colorado’s Littleton Adventist Hospital after hip replacement surgery when he felt chest pains. The rapid response team, created in response to another of the campaign’s initiatives, assembled immediately and went to work to head off even worse. There was a good outcome.

Dr. Howard Hiatt, a professor at Harvard Medical School, calls Berwick “one of the most important contributors to health care in our time.” And, for his efforts on behalf of the National Health Service in the UK, the Queen of England made Berwick an honorary Knight Commander, Order of the British Empire.

“I see the reality of harm: pain that isn’t controlled or communication that is flubbed or absent,” Berwick says. “It’s not the fault of the doctors or nurses or the workforce that is trying as hard as it can. These people are trapped in systems that don’t work.” With Berwick’s help and guidance, those systems are changing.