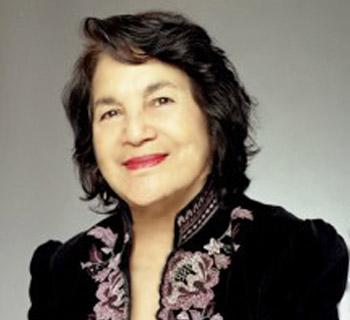 Fighting for civil rights for the rural poor in California's San Joaquin Valley.

Dolores Huerta has put in more than five decades organizing and advocating for farm workers. But her earlier work organizing boycotts, negotiating union contracts, and lobbying lawmakers as co-founder of the National Farm Workers Association – later known as the United Farm Workers Union – left many of the bigger-picture needs of the workers unmet. So when, at age 72, the Puffin Foundation gave Huerta a $100,000 “Creative Citizen” award, she used the funds to establish her long-time dream: the Dolores Huerta Foundation. Since 2003, the Foundation has established Vecinos (Neighbors) Action Committees in the San Joaquin Valley in California. The committees educate workers on issues such as voters’ rights, immigration law, health and safety issues, and college opportunities. The committees also have won local victories to improve youth recreation programs and repeal utility rate increases. Huerta plans to expand the organizing model statewide.