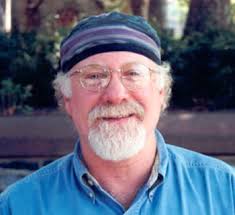 One thing was apparent to Dennis Littky after 23 years as a middle and high school principal: The system focused more on test scores than on learning. In 1996, he co-founded the Met Center High School in Providence, Rhode Island, a school designed to meet the personal educational needs of largely underserved urban students. The program includes personalized learning plans, family engagement, internship projects in mentored real-world settings, and portfolio-based assessments. It has turned high school education on its head: since its founding, the Met has seen 98 percent of its graduates accepted to college, most of them the first in their family to get in. In 2004, Littky co-authored a book on his highly acclaimed theory of education, entitled The Big Picture: Education is Everyone’s Business. The book won the Association of Educational Publishers’ top honors for nonfiction in 2005. He created The Big Picture Company to help disseminate the Met Center model nationally, an effort that is taking root. In just a few years, with the support of the Bill & Melinda Gates Foundation, Littky has helped build a network of 54 Big Picture Schools, all public schools with fewer than 150 students. Twenty more are slated to open by 2008. The model is now being adopted in Australia, Netherlands, Israel and Korea. Plans for a Big Picture College, to open in 2009 are in place. The College will be built around internships and tutorials with prime time mentors (retired professionals).