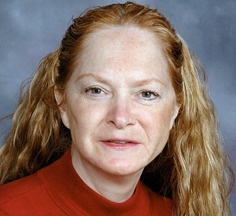 Briggs educates people about rabies and helps vaccinate animals to reduce the rate of human rabies deaths around the world, which are largely preventable.

Every year, rabies kills more than 55,000 people, more than 50 percent of them poor, rural children in Africa and Asia bitten or scratched by infected dogs.

Deborah Briggs knows the statistics well: She serves on the World Health Organization Expert Committee for rabies and has contributed her expertise to the Centers for Disease Control and Prevention. She has lectured in many developing countries on rabies prevention and talked to locals who’ve lost family members to the disease.

“Many of them told me that if they had only known what to do, their loved ones would not have died,” Briggs recalls.

So in 2006 she created Global Alliance for Rabies Control, based in Manhattan, Kan., and Edinburgh, Scotland. Since then, the organization has educated more than 200 million at-risk people in 135 countries and vaccinated more than 8 million animals.

Briggs created a community-led prevention program that she and her organization piloted, beginning in 2008, on the Philippine island of Bohol to protect its 1.2 million residents from the threat of rabid dogs. The program trained volunteer “rabies watchers” in villages and vaccinated and registered dogs. Within two years, reports of human and canine rabies deaths on the island ceased. The Bohol model is now being replicated in five regions in Asia and Africa.

“Communities can improve their own lives if they are given the tools and encouragement to take responsibility for their own protection against rabies,” Briggs says.