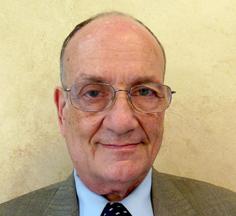 Bazerman became a lawyer to defend the legal rights of unrepresented children.

When 11-year-old Nubia Barahona was murdered by her adopted father in South Florida, her body found in a plastic bag, it shocked David Bazerman’s conscience. For years he’d worked to defend the rights of abused, neglected and abandoned children, and knew how the state’s legal system often neglected those children, too. “Had Nubia been represented by an attorney who would have pursued obvious concerns about the adoptive parents’ fitness,” he says, “she might be alive today.”

In 2011, in the wake of the tragedy, Bazerman launched the Tracey McPharlin Dependency Pro Bono Project, to recruit, train and support pro bono attorneys to represent dependent children in Broward County, Fla.

For Bazerman, the project marks his third encore. In 1987, an accident forced him to retire from a career as a podiatrist. He and his wife moved to Florida, where he volunteered for a program to provide “best interest representation” to dependent children by court appointment.

While helpful, Bazerman says, the program didn’t offer children the zealous advocacy and attorney-client privilege that only a lawyer can provide.

Florida is one of few states that don’t provide attorneys for dependent children. When Bazerman was a volunteer, a judge once told him that as a non-lawyer he couldn’t make closing arguments in court for children he was trying to represent.

So Bazerman embarked on his second encore: at age 53, he went to law school, and then armed with his law degree, he began representing abused children pro bono – this time more effectively. And in 2011, with the Tracey McPharlin project (named after an attorney-advocate) he began his third encore.

Says Bazerman, “While the prospect of retiring and basking in the Florida sun is tempting, when things don’t go well for a child, that thought quickly disappears.”