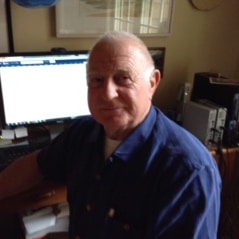 A college education opens a world of opportunities. In 2002, when California’s “master plan” – a guaranteed spot in college for every eligible student – was gutted by post-tech-bubble funding cuts and increasing demand, my encore project, the Campaign for College Opportunity, was born. In 2013-14, more than 33,000 qualified students were turned away from University of California schools and state colleges, and the next year, 129,000 from the state’s community colleges.

Even as students were being shut out of college, the economy needed more highly educated workers. The injustice of unequal opportunity coupled with a rising workforce imperative launched the campaign.

At CCO, we focus on expanding college access, improving college completion and closing racial education gaps through advocacy, legislation and activism. We represent the interests and fundamental civil rights of students, and we hold the “insiders” – institutions of higher education and university labor unions – accountable. I am proud that we’ve been described as the state’s only higher-ed watchdog group.

My personal outrage was kindled in 2002, early in the higher-education crisis. The timing was perfect: I had just retired from a career made possible, in large part, because of my own low-cost undergraduate education at the University of California. As a former college president and longtime administrator, there was no learning curve: I knew every significant institution and personality in California higher ed; I had connections to ideas and information. And as a retiree, I could afford to “take hits” and ruffle feathers by challenging the status quo.

Our biggest impact so far is through legislation that gets more students into community colleges, state colleges and the University of California – and that streamlines the transfer from community college to four-year school. The research we produce is not always welcomed – particularly when we embarrass schools by publishing completion-rate statistics!

We work with more than 200 local organizations, including the LA Chamber of Commerce, the Mexican American Legal Defense and Education Fund, the LA Urban League and many others. We are funded by 12 major foundation and corporate sponsors and a host of individuals. Replication is not only possible, but underway, in states as disparate as Vermont, Texas, Maryland and Pennsylvania.

You have to have enthusiasm for pushing for major policy change. For sure, it is very difficult work. For sure, you will meet stiff resistance. But the alternative is impossible. Every qualified student deserves a shot at the American dream, with the kind of education I had, decades ago, in the state’s public university. It’s worth taking the hits.

Early on, it was just me and my friend Steve Weiner – two old Jewish guys. Now, our staff includes two generations from all backgrounds, fighting for equity. It’s immensely gratifying. If you told me then that we would be the leading force in reforming college transfers, or that we would fulfill the role of the defunded and toothless California Postsecondary Education Commission, I wouldn’t have believed it. But it’s true. The fact is, the system broke down, and we stepped up.