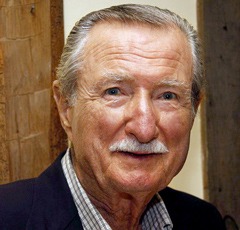 Founder and Chairman of the Board
Solar Household Energy, Inc.
Purpose Prize Fellow 2010

Curtis is working to improve public health and reduce environmental stress in the developing world by replacing traditional fuel sources with solar ovens.

While stationed in Asia and Africa with the foreign service, Darwin Curtis saw firsthand the public health and environmental problems facing the developing world. Among them: cooking over wood and charcoal, practices that lead to respiratory disease, eye infection, burns and global warming.

Curtis wanted to provide an alternative. “I realized that cooking without creating that insidious smoke could bring relief to half the people on our planet and even to our planet itself,” says Curtis.

In 1989, he learned of solar cooking technology. He and two colleagues established the nonprofit Solar Household Energy Inc. in Chevy Chase, Md. They developed the HotPot – a breakthrough solar cooker that combined durability, efficiency and low cost – to introduce the technology in Africa and Latin America.

Approximately 25,000 HotPots have been sold for cash or barter since 2005. A conservative estimate suggests that those ovens are reducing carbon dioxide emissions by 10,000 metric tons a year.