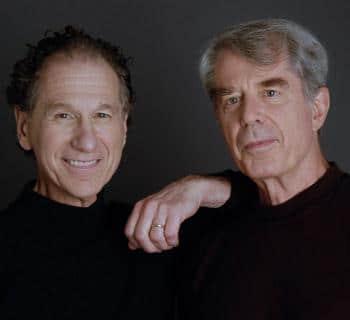 With nearly five decades in visual and performance media, Dale Bell had earned an Academy Award (Woodstock), two Emmy’s, and a Peabody. His longtime colleague, Harry Wiland, had an Emmy-award winning career as a television producer/director and a reputation as a new media innovator in the field of educational courseware. In 1999, the two joined forces to create “media that matters” for Public Broadcasting. In 2003, the two created The Media & Policy Center Foundation with the goal of leveraging media to provoke civil discourse and community engagement, while providing essential media and community action tools to encourage grassroots activism. They did this by creating a media model that not only included a PBS special broadcast but included companion books, action guides, a series of televised town hall meetings and academic symposia. All of which was keyed to an extensive community-based and educational outreach campaign. The initial PBS broadcast acted as the rock in the water, the complimentary media and outreach campaign continued the impact for years after the broadcast, turning it into a public policy initiative. Their first project, “And Thou Shalt Honor,” designed to help people prepare for the economic, emotional, and psychological complexities of family caregiving, aired on PBS in October 2002, was seen by more than 16 million viewers. Today the two are working on “Edens Lost & Found,” a multi-part PBS series highlighting practical solutions to improve the environment and quality of life in cities. The centerpiece of a multimedia program and outreach initiative, this special broadcast will showcase extraordinary community activists as well as forward-thinking professionals who are offering best practice solutions to transform their urban environments. In 2006 the two were honored as the only media professionals to become Ashoka Fellows.