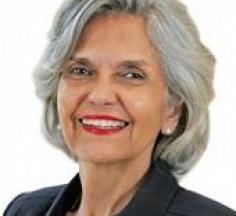 Conchy created the nation’s first public housing project to bring assisted living services to older adults so they can stay in their homes.

After a varied career in housing, marketing, health, and women’s issues, Conchy Bretos ran for a seat on the Dade County Commission in 1993 and lost. She was then appointed to the job of Florida Secretary for Aging and Adult Services, a position that allowed her to see firsthand the thousands of low-income elders and disabled adults who were not getting the service they needed to stay in their homes. As a result, many ended up in nursing homes prematurely, because they could not afford in-home care or assisted living facilities.

Bretos became the driving force behind the nation’s first public housing project – the Helen Sawyer building in Miami – to bring assisted living services to older adults who just need a little help to stay in their homes. Today she runs a consulting company that has helped 40 public housing projects in a dozen states bring assisted living services to their residents.

Residents like Rafaela Diaz de Tuesta, who has never been one to ask for help. Nearly 100 years old, she’s lived on her own most of her life, but recently has had trouble standing up without help. Unable to pay for the high cost of private in-home care and unwilling to burden her children, de Tuesta moved into the Palm Avenue Baptist Towers in Tampa Bay, Florida.

Three stories of the 16-story high-rise recently converted into an assisted living facility for low-income seniors. At Palm Avenue, de Tuesta now has her own apartment and her privacy, yet the help and services she needs are never far away.

“It is very good and very comfortable for me,” the 100-year old said through a translator. “I get help bathing and lots of attention.”

Stories like de Tuesta’s are what keep Conchy Bretos going. For the past decade, the Miami Beach woman has made it her life’s work to bring help to the nation’s low-income seniors and disabled adults. She does it by working with state and local governments to bring a full range of services to seniors who live in public housing.

Bretos says the concept gives residents an alternative to Medicaid-funded nursing homes — or to struggling on their own — when infirmity makes independent living a challenge.

“It takes so little,” she says. “Sometimes all you need is someone to get you out of bed in the morning and take you down to have a meal.”

In 1995, at age 50, Bretos formed a for-profit consulting company to carry her idea nationwide. Today she’s CEO of MIA Senior Living Solutions (formerly MIA Consulting), which helps acquire, convert, finance, and manage the housing projects. The firm has helped 40 public housing projects in a dozen states bring assisted living services to their residents. It’s an impressive start, but Bretos calls it a drop in the bucket.

“It’s not enough because there are 300,000 housing authorities nationwide,” she says.

A self-described “non-conformist,” Bretos finds inspiration in making the “impossible” possible. She says she has never been one to walk away from a problem. “I like someone to tell me no, it can not be done,” she laughs.

Bretos has seen several sides of the American dream. Born in Cuba, she came to the United States in 1962 as part of Operation Pedro Pan, or the Peter Pan Airlift. When Fidel Castro took control, thousands of terrified middle- and upper-class Cubans sent their children to live in the United States.

She was only fourteen when she was sent to the US with her 10-year old brother. They were separated after arriving in this country, and Bretos was sent to live in an orphanage in Nebraska. It took three years for her parents to reclaim her. The family then moved to Miami where they scratched out a living picking tomatoes and sugar cane in the hot South Florida fields and doing other menial jobs.

The experience and the hardship, she says, gave her and many of the Peter Pan children a purpose in life. “I think it propelled many of us to excel,” she says.

Bretos earned a college degree from Oberlin, and followed that with an MBA in Australia, where she worked as a program director for the World Health Organization. She worked in a series of university jobs in Miami, became active in community issues, and eventually was named director of the Dade County Commission on the Status of Women.

But it was a series of setbacks that led Bretos to her cause. She ran for a seat on the Metro-Dade County Commission in 1993. It was a bruising campaign, and she lost. Within days of the election, she was fired from the Commission. Shortly after, then Florida Governor Lawton Chiles offered her a job as Florida’s Secretary for Aging and Adult Services. Charged with looking after assisted living facilities, adult day care, and nursing homes, Bretos saw large numbers of low-income elders and disabled adults living in squalid and crowded conditions, neglected by the system — at the same time that Medicaid budgets soared.

“I saw people in bed, covered with feces, who suffered quietly because they didn’t want to be thrown out of public housing,” she says. “I don’t know how anybody can be complacent about this situation.”

Knowing pricey assisted living facilities were out of reach for impoverished seniors, Bretos embarked on a mission to create change on a national level. Her goal, she says, was to improve their lives and restore dignity to their last years.

First in the Nation

In 1994, Bretos learned that the Metro Dade Housing Agency was planning to sell the Helen Sawyer building, which housed about 30 elderly and mentally ill residents. Bretos convinced housing officials to give her the building and she brought her idea to life. She secured funding from the state legislature and from Medicaid.

Today at the Helen Sawyer building, residents live in 400 square foot apartments with small kitchens, private baths and all the services they need to live independently. There is a concierge, chef, and round-the-clock aides who treat residents like guests, not patients. Uniforms are not permitted.

“We wanted it to be a complete success, just pristine and have no faults, because it was our model,” explained Bretos, who served as the building’s administrator and manager for four years, on-call nearly every night.

The Helen Sawyer project was the nation’s first to bring assisted living services to public housing. Within three months, all 101 units were occupied — 45 by residents who were able to leave nursing homes to live there. A Florida International University report found that after the changes, the health and cognitive ability of many residents improved.

The idea has caught on for many reasons, not the least of which is the overall cost savings for the public. Simply put, Bretos works to obtain waivers to allow Medicaid funds to be used to keep people in their homes, instead of to pay for nursing home care. On average, Bretos says, Medicaid pays $150 a day nationwide for residents in nursing homes. The cost drops an average of $28 a day for assisted living, primarily because there are no doctors and nurses on hand. That’s a significant savings.

But progress may be in sight. Bretos said the two agencies are expected to formally sign an agreement in June to work together to provide the housing, money, and Medicaid waivers to make assisted living services a reality for disadvantaged seniors nationwide.

The older she gets, Bretos says, the less time she has to accomplish all she has planned. As result, she says she’s more direct, impatient, and irreverent, all traits she doesn’t plan on changing.

“The only things I regret are the things I haven’t done or did not do.”