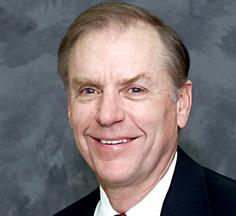 The United States lags behind other industrialized countries in science, technology, engineering and math college graduates. The problem is especially severe among low-income black and Hispanic students.

He speaks from experience. A retired commanding officer for the U.S. Navy and a mechanical engineer, Graham spent 30 years overseeing research and development projects for the Navy and another 14 as an executive in the maritime private sector.

Since then, more than 3,000 students from kindergarten through 12th grade in low-income neighborhoods in Annapolis, Md., Baltimore and Washington, D.C., have built robots, played math games, conducted hands-on science experiments and gotten school and career counseling at schools and youth organizations.

More than 100 of those participants are headed toward careers in technical fields.

“I have always felt good about the contributions I made to the country during my 44-year career in the U.S. Navy and industry,” Graham says. “However, my commitment to helping underserved youth from the inner cities of the country is even stronger.”