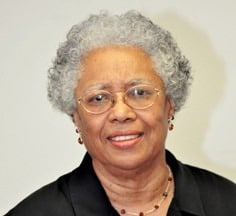 By bringing parents, children and professional mentors together, Reams is helping young people gain a greater desire to learn, better grades and self-confidence.

Christine Reams, a longtime social worker in St. Louis, worried about the children. It was 1991, and Reams, then in her 50s and a new employee at Lutheran Family and Children’s Services of Missouri (LFCS), listened as parents in crisis came in to ask for the one-time financial assistance the agency offered.

“Some of the things the parents would say in front of the kids must have been stressful to the kids, because it was stressful to me,” says Reams.

A little cash might help the family in the short run, but Reams wanted to help the children in the long run. So she approached the agency with an idea to start a neighborhood-centered group mentoring program that would bring parents, children and staff together to help children succeed.

With support from LFCS, Reams started the Children Alive Learning Leadership (CALL) mentoring program in 1995. CALL has thrived since then, now operating in 11 sites in the St. Louis area, serving 400 young people ages 6 to 19 each year. Over the past 15 years, the program has helped 3,500 children. And Reams has been able to show that the program works.

In 2009, 98 percent of participants ages 6 to 14 showed improved grades and were promoted to the next grade level. That year all of CALL’s high school-aged students stayed in school, remarkable considering the St. Louis public schools’ 2009 graduation rate of 45.9 percent.

2015 Update: Since 2010, two components have been added to the CALL Mentoring Program: CHOICES, a program for girls ages 10 to 17, provides a safe haven to discuss gender-specific topics; and STEP-UP (Strengthen, Teach, Empower, Prepare), which offers an evidenced-base curriculum and 90 days of follow-up coaching to assure continuity of service and give youth the time to master new skills.