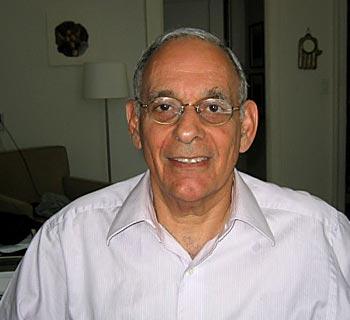 Mobilizing alumni, students, and others to provide civic leadership

Chet Safian helped establish Princeton Project 55 in 1989 to engage the university’s alumni 55 and older in mobilizing alumni, students and others to address critical issues affecting the public interest. Active in the financial services industry, Safian had a personal reason to become deeply involved in civic work. Two years earlier, his 21-year old nephew had been murdered by a disadvantaged young man from an immigrant community. In Princeton Project 55, Safian found a channel for his grief and anger, recognizing that each of us has the responsibility to create safer, better and healthier communities. PP55 has many programs, but its main focus is a civic leadership initiative which places recent graduates as fellows in yearlong paid positions at nonprofit agencies nationwide. Nearly 1,300 placements (one-third of them through Safian) have been made since the program debuted, making it the largest single source of jobs on campus. More than 10 percent of the graduating class in 2006 applied for those fellowships. In 1999, Safian started The Alumni Network to develop similar alumni organizations at colleges across the country. This growing network of 29 affiliates has placed more than 500 students in 2006 in nonprofit jobs in the United States, Asia, Africa and Latin America; provides mentors to hundreds of underserved inner-city school children; and operates 18 public interest law centers.