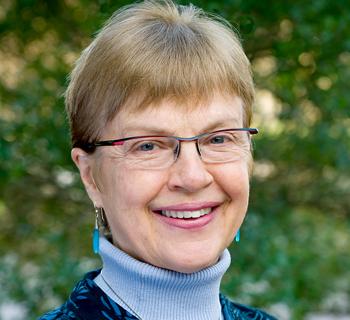 Carolyn Lukensmeyer served as chief of staff to the governor of Ohio, then in Vice-President Al Gore’s Reinventing Government Initiative, and in the Clinton White House. In 1995, traveling on sabbatical from her international consulting business, she observed dedicated citizen groups tackling issues such as education, economic development, or crime and safety. But these groups were usually left behind in policy decisions driven by the fast-moving media machine and well-funded lobbyists. At the age of 50, Lukensmeyer founded AmericaSpeaks. Using networked laptop computers, satellite TV and voting key pad technology, it engages hundreds and sometimes thousands of citizens in a “21st Century Town Meeting” with policy-makers on an issue of mutual concern, giving ordinary people direct and informed input into policy-making. More than 145,000 people have shaped their communities through AmericaSpeaks. Some 4,500 met in New York’s Javits Center to change redevelopment plans for Ground Zero, making the front page of The New York Times. Nearly 3,500 Californians had a day-long non-partisan conversation on health care reform. New Orleans’ citizens, scattered nationwide, got the attention of state and federal officials for their desperate post-Katrina rebuilding needs.  “As we age, I think we often look forward to doing less. I have found, however, that my passion, my intensity and my determination are actually on the rise. I am building and shaping a new field of practice, and there is so much yet to accomplish.”