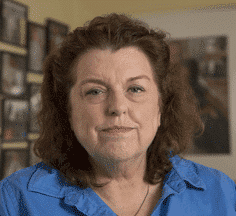 In 1998, Carol Fennelly was retired from her first career as an advocate for the homeless. She was writing articles on social issues for Sojourners magazine and providing political commentary for a public radio station in Washington, D.C. She’d bought a beach house in Delaware, and had no plans to leave her newfound paradise.

Then she heard that more than 20 inmates from D.C. who had been transferred from a closed prison in Virginia to a new, privatized facility in Youngstown, Ohio, had been stabbed, some fatally. Drawn to find out more, Fennelly interviewed the mother of one injured prisoner. Though she worked a full-time job, the woman nevertheless made the 10-hour round-trip drive to see her son twice a week. She couldn’t afford to stay in a hotel.

Fennelly was so moved by the woman’s devotion to her son that she decided to open a hospitality house in Youngstown so people like that woman would have a place to stay when they made the long trip to visit imprisoned family members. Fennelly knew she could do it: she had spent 17 years running and living in homeless shelters in D.C., including the city’s largest.

With her sights set on an encore career that would have as much social impact as her first, she put her cottage up for sale and was preparing to move to Youngstown when she saw a television program about video teleconferencing, which was then a new technology. Instantly, the idea for Hope House, an innovative organization that helps prison inmates stay in regular contact with their children, was born.

“I just said, ‘That’s it!” Fennelly, now 64, recalls. “I spent all those years organizing, dealing with government, making change happen, and that emboldened me to think I could go into prisons and start all these radical programs.”

In the past 14 years, Fennelly has taken Hope House deep into the federal prison system. Beyond arranging video teleconferences between school-age children in the Washington area and their fathers at a federal facility in North Carolina, it helps inmates at 13 prisons make personalized recordings of themselves reading books aloud, which are sent to their children. Hope House also organizes regular events for mothers whose children have fathers behind bars.

But its signature program is a series of summer camps for children ages 9 to 14 at four prisons, including one supermax facility. Modeled on a program Fennelly saw at a women’s prison in Bedford Hills, NY, “Camp Hope” allows kids to spend a week visiting their incarcerated fathers free of the usual restrictions that come with visitor hours and family chaperones.

The need in the community is vast. Two-thirds of those jailed in D.C. serve their time in one of a hundred federal prisons scattered across the country. And as Fennelly is fond of noting, only 7 percent of prisoners are women, but the vast majority of parenting programs are directed at incarcerated mothers. When she began Hope House, nothing like it existed for fathers in the penal system. “I don’t know who they were before, or who they are inside prison,” Fennelly says. “To us, they’re just dads.”

Fennelly has devoted her life to having a larger purpose and a social impact. In the early 1970s, she was a recently divorced single mother who relocated with her two young children from California to Washington to work as a social activist. She eventually joined the Community for Creative Nonviolence, which started as an anti–Vietnam War group but found its animating cause in aiding the poor. In 1977, she met and eventually married Mitch Snyder, a CCNV activist best known for leading a 51-day hunger strike in 1984, prompting Ronald Reagan to donate a decaying building within sight of the U.S. Capitol for use as a homeless shelter.

Fennelly ran the shelter until 1994, living in the building full time with Snyder, who died in 1990. In all those years, her only contact with jail came when she was repeatedly detained for acts of civil disobedience.

She credits her experience at the shelter with giving her the knowledge and insight to develop Hope House as her encore career. “I learned how to build a community,” she says. “I really felt I spent years at CCNV preparing to do what I do now.”

The idea of providing parenting classes in prisons was nothing new, but establishing direct links between inmates and their children—and, later, bringing those children into prison grounds—was, Fennelly says, “radical.” She enlisted a computer expert to help build Hope House’s secure video teleconferencing program in 1999 and a year later held the first camp at the prison in Youngstown, which is now closed. “They took a chance on us,” Fennelly says. “When the doors of the prison opened up, it was like the Red Sea parting.”

In the past 14 years, Hope House has hosted 25,000 video teleconferences, and has sent out more than 19,000 recordings of fathers reading aloud to their children, along with the books—often the only books the kids own. This summer, Hope House completed its 31st camp, with 10 dads and a dozen children, many of them repeat campers.

Aside from the fact that getting access to it requires passing through secure doors and walls glittering with concertina wire, the summer camp looks a lot like any other. On the first day of camp in 2013, the campers, quiet with anticipation, filed into the federal correction institution in Cumberland, MD, beneath a rainbow-colored banner. Then they ran to their fathers, hugging them close.

Wearing gray sweats and white T-shirts, the fathers put on a skit that featured a staged rap battle, then sent their children into fits of laughter by dancing along to the hit song “Gangnam Style.” The fathers introduced themselves and recited phrases starting with the words “A dad is…” The list was long: “A healer of cuts.” “A spilled milk cleaner.” “A peanut butter and jelly maker.” “A boyfriend judge.” “A sharer of many secrets.”

For many kids, this camp is the first opportunity they have to meet their fathers. “I’ve been in prison her whole life,” says one participant, Steve, who sent his daughter regular recordings of children’s books for years before finally meeting her at age 9. “It’s helped me change my life as an individual, as a man, as a father,” he says. “People talk about rehabilitation, but if this doesn’t change you, nothing will.”

Another father, Keith, said he felt it was important to make the camp successful to ensure it continued for other inmates, even though his own 14-year-old son was in his last year as a camper. “It’s a good feeling knowing that we’re part of something that will be here to benefit other kids and other dads,” Keith says.

While forging intimate bonds between parents and children is the main goal of Hope House, there’s a larger social impact. Inmates who participate in the Hope House reading programs have dramatically lower rates of behavioral incidents, in part because the programs create incentives for good behavior. Fathers begin with book reading and must have clean records for a year before becoming eligible for summer camp. Their children benefit too: according to a Hope House survey, 92 percent of children who received recordings from their fathers began reading more, and half saw their grades improve.

The kids bond with each other too. Fennelly tells the story of two boys who were best friends in school, but had never admitted to each other that their dads were in prison—until the morning they wound up on the same Hope House bus and were told by a counselor to introduce themselves. “They just cracked up,” Fennelly says.

Fennelly’s programs are being replicated around the country. California recently decided to implement the Hope House model in its 33 state prisons. Texas, Idaho and New Hampshire are also interested. Hope House has created training guides to help others establish similar programs.

In 2012 Fennelly was honored at the White House as a Champion of Change—a recognition of how far she’s come in two careers devoted to changing lives. “Had I not had all those years, I would not have been able to do this,” Fennelly says. “We changed public policy, public consciousness. I used to think we were our best selves then, but I think I’m my best self now.”