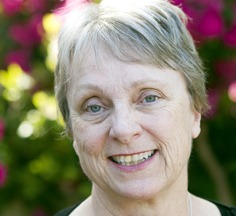 Estes brings higher education to prisoners, improving their chances for better lives, and advocates for changes to the prison system.

In 2000, when the prison’s door clanked shut behind Carol Estes, she wondered what she had gotten herself into. Then the managing editor of YES! magazine, a progressive publication outside Seattle, Estes figured the visit to the Washington State Reformatory for a seminar about prison life could aid her research for an upcoming issue.

She was afraid. Yet in that seminar she met eloquent inmates with compelling life stories who asked her to teach them creative writing. The experience transformed her from observer into teacher and eventually into activist. In 2005 she co-founded the nonprofit University Beyond Bars to bring higher education opportunities to prisoners.

Since then, more than 400 inmates have taken both credit and non-credit classes, and have earned roughly 2,000 hours of college credit. Five have earned associate’s degrees, and four more are working toward bachelor’s degrees. The courses are available to all inmates, regardless of whether they’ll ever leave prison.

Estes is also working to bring parole back to Washington, one of several states that have abolished the practice, through a nonprofit she recently established called People4Parole. It works toward giving prisoners a chance for early release for good behavior, including pursuing an education while incarcerated.

“I know so many men in prison who deserve a second shot, who could move next door to me and that would be fine,” Estes says. “Yet we have determined that when people go to prison, they’re never looked at again. … That seems wrong to me.”